Digital Media A Factor in Ferocity of Political Campaigns

A University of Missouri study of recent political blogs indicates politics are getting nastier due to digital media, which are segmenting people into polarized interest groups. The researcher recommends a balanced approach to finding information in order to return civility to political discourse, which is at the heart of democracy.

“One side is going to lose in every political discussion,” said Ben Warner, associate professor of communication in the MU College of Arts and Science. “The danger with this open hostility found in digital media toward the other side in politics is that it undermines the legitimacy of the people that we disagree with politically. It’s important to recognize that people who disagree with you aren’t ‘evil’ or ‘trying to destroy America;’ they just have different perspectives.” 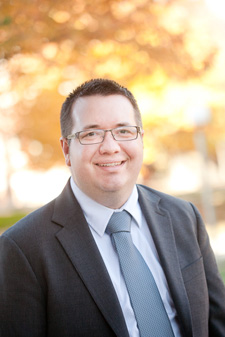 While examining political arguments in the digital age, Warner found the rhetoric in Howard Dean’s 2004 presidential primary blogs indicated a dramatic fight between heroes and villains. As bloggers for the site would post comments about their activities, a common theme of “fighting to take back our country” emerged.

“While this isn’t new language to campaigns, it implies that political authority must be taken rather than earned, indicating that the ruling party is an illegitimate power,” Warner said. “When this type of language is adopted by the base, a channel is created for that viciousness to grow.”

“The conversation on the Obama blogs matched the respectful tone modeled by the campaign itself,” said Warner. “Senator John McCain wasn’t an ‘evil villain’ but a ‘misguided politician who should be respected for his service to the country.’”

Warner recommends that people use varied sources of information, including mainstream media and sites that feature the opposing view, to form their opinions. While noting that there were still wide sections of both blogs that were well-intentioned and respectful models of civic engagement, Warner notes that blogs could assist in turning “scattered political frustrations” into “passionate mobs.”

“There are times when passionate mobs are precisely what society needs. Yet, we all need to realize our nation is filled with diverse perspectives,” Warner said. “Ideological warfare does little to heal divisions in society, but trust in each other can preserve a healthy democracy.”

The article “The polarizing influence of fragmented media: lessons from Howard Dean,” is published in the Atlantic Journal of Communication, and is co-authored by Ryan Neville-Shepard of Indiana University – Purdue University Columbus.