Did You See That? How Could You Miss It?

You may have received CPR training some time ago, but would you remember the proper technique in an emergency? Would you know what to do in the event of an earthquake or a fire? A new UCLA psychology study shows that people often do not recall things they have seen — or at least walked by — hundreds of times.

When asked to find a fire extinguisher, however, everyone was able to do so within a few seconds; most were surprised they had never noticed them. The researchers found no significant differences between men and women, or between older and younger adults.

“Just because we’ve seen something many times doesn’t mean we remember it or even notice it,” said Alan Castel, an associate professor of psychology at UCLA and lead author of the study. “If I asked you to draw the front of a dime or the front of a dollar bill from memory, how well could you do that? You might get some elements right. Do you know who the president is? On the dime, is he facing left or right? Does it say ‘In God We Trust’ on the front of the dollar or the back? Do you know what else it says? You’ve seen it so many times, but you probably haven’t paid much attention to it.” 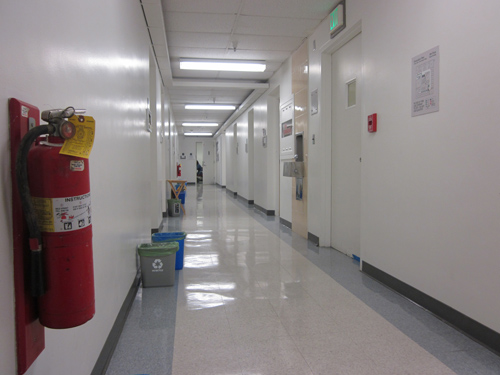 Castel said that not noticing things isn’t necessarily bad, particularly when those things are not important in your daily life. “It might be a good thing not to burden your memory with information that is not relevant to you,” he said.

But with safety information, such as knowing where fire extinguishers are or what to do in an emergency, being prepared can, of course, be very useful.

“When you’re on an airplane, do you know where the life vest is and what to do in the event of an emergency?” Castel asked. “You’ve been told many times, but how would you respond under stressful conditions, when there could be smoke and people screaming?”

A few months after being asked the location of the nearest fire extinguisher, the study participants were asked again if they knew where the closest one was. All of them knew.

“We don’t notice something if we’re attending to something else,” Castel said. “Fire extinguishers are bright red and very conspicuous, but we’re almost blind to them until they become relevant.”

What does this tell us about the importance of training, whether for emergencies or something as common as learning a new computer program?

Castel stresses that making errors during training is useful. As with the fire extinguisher exercise, errors — or simple oversights — can teach us that we don’t know something well and need to pay more attention in order to remember it.

“It’s good if errors happen during training and not during an event where you need the information,” he said. “That’s part of the learning process.” 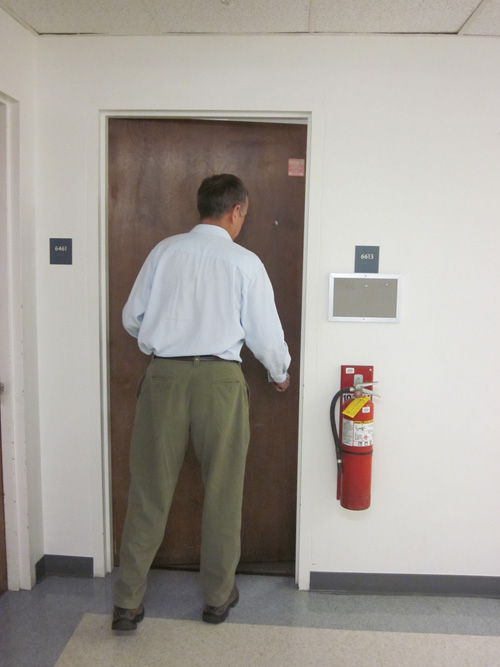 Where is that fire extinguisher? People can fail to notice things they see every day. Image credit: Alan Castel/UCLA psychology

The study is published in the journal Attention, Perception, & Psychophysics.