In his recently published book, Family Consequences of Children’s Disabilities, Dennis Hogan offers the first comprehensive account of families of children with disabilities. He talked with Courtney Coelho about his findings, including some of the more surprising ways having a child with a disability can affect the family structure.

Families of children with disabilities often face a plethora of challenges, ranging from the financial to the emotional. Still, little research has been done to document exactly how families are affected by a child with a disablity. Dennis Hogan’s recently published book, Family Consequences of Children’s Disabilities (Russell Sage Foundation), is the first comprehensive account of these experiences. Motivated by his own experience of growing up with a brother with Down syndrome, Hogan, the Robert E. Turner Distinguished Professor of Population Studies, merged existing data with interviews with more than two dozen family members of disabled children. He talked with Courtney Coelho about his findings, including some of the more surprising ways having a child with a disability can affect the family structure.

This book is described as the first comprehensive account of families of children with disabilities. Why hasn’t this research been done before?

The question had almost never been asked: What happens to a family that has a child with a disability? There are a lot of clinical studies that are done looking at how to get parents to comply with doctors’ instructions or treatment instructions and the way to improve that. But there wasn’t any systematic research that looked at what happens to families when a child has a disability. The information that did exist was mainly in the form of single chapters written by people who had a child with a disability, describing their experiences. They tend to be really motivational. I don’t think people had really looked at the consequences for parents’ lives, for brothers’ and sisters’ lives and how they were affected. 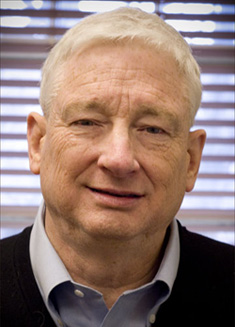 Dennis Hogan. “One of the biggest challenges the families face is that they don’t know what the course of the disability will be.” Image credit: Brown University

What were some of the unexpected findings in your research?

I expected that some of the families, especially those that had severely disabling medical conditions, would see it as a burden or an obligation they had to meet — and that’s not the case at all. They very much see the child as another child. They never question why they had such a child or figure out how much money they would save if they didn’t have the child.

However, that doesn’t necessarily mean that the parents will have another child. Some are less likely to and others are more likely to. Those that are less likely talk about the amount of time and resources they’ve given to the child and how they think it would be unfair to bring another child into the family. Others, when a child has less severe disability, will often have another child because the parents want a child who can play sports, who can go to school, who can grow up and get married. Some of the parents specifically say it’s important for the child to have a brother or sister to take care of the child after they’re gone. So they’re really thinking ahead and to the future.

What are some of the challenges families face?

In general, one of the biggest challenges the families face is that they don’t know what the course of the disability will be. When they grow up, will they have to live at home? Will they live independently? Do they need to be in a sheltered residential situation or a long-term care facility. Sometimes parents of children with cerebral palsy don’t know what’s going to happen. It becomes a bit clearer when the child becomes a teenager, but it’s not clear what they’ll be able to do as adults. And that creates anxiety for the parents. They have aspirations for their kids like other parents do, but they try to modify those aspirations in light of what they think is possible.

How important is it for families to have a support system?

It can be really important for the parents. Quite a few parents I interviewed were regularly taking the child to medical treatments or care and mentioned how important relatives can be in providing care for the other children while the disabled child goes to a clinic. The other thing that is really important is having someone to care for the child while the parents go out shopping or out together briefly. Parents often mention that their social lives disappear. One mother said that none of her friends invite her to go shopping with them anymore because her child has loud outbursts and throws food in restaurants. They often say, “Raising Robbie is my life” or “It is my job.”

You also found some ways in which having a child with a disability affected the family dynamic.

Families often become very close. Since they can’t go out they have more activities together at home. They talk about going to church together and church as a more central element in their lives.

They talk about the older children becoming more helpful and more conscious of people’s needs when they take care of or have to help a child with a disability. However, when siblings become teenagers they’re less likely to be involved with the family. They may always have involved their brother or sister in activities, but when they become old enough to go out with friends in a car, they’re less likely to bring them along. There are some siblings who really resent how much help the other child gets, but what seemed more common is that brothers and sisters became more independent at earlier ages. They’re more likely to finish school earlier, so they get less education and instead establish their own households a year earlier.

Based on your research, do you think more could be done to support these families?

One of the biggest things families are facing now is a reduction in programs that have been very important. For example, in Rhode Island, there’s a program called Katie Beckett that helps families whose kids are severely disabled or chronically ill. It helps the families to afford all the special things they need to be able to keep the child at home: oxygen tanks, diapers, special foods, wheelchairs.

SSI – Supplemental Security Income – helps poor families by giving them up to $550 a month for having a child with a very serious disability in the home. That’s really important because one of the things we’ve found in the study is that families with children who are really disabled generally have one parent who stays at home. They can spend up to 10 or more hours a week arranging appointments and bringing them to appointments and treatments, so it’s very difficult to be employed. If a child needs to be tube fed, if a child is on oxygen, all of those things take a considerable amount of parental time.

The general public and government officials need to recognize how much parents with children with disabilities are putting into doing the best job they can. I think sometimes there’s the misconception that these parents could be working if they weren’t staying home with the child, or they’re demanding special education services that the child shouldn’t get. If they look at it terms of the government having to pay for services, it’s easy to understand why some people might think that way. But if they actually have exposure to these families, I think they would change their tunes. And I really hope people who read this book get a better understanding of that.