Death and Dying in the Movies

“Death in Classic and Contemporary Film: Fade to Black” features essays edited by two members of the UA psychology department.

Most of us can recall a death scene from a movie that struck a particular chord. Perhaps it was an emotional deathbed goodbye between two lovers or a bloody display on the battlefield. Or maybe it was a spine-chilling moment splattered across the screen of a horror movie. 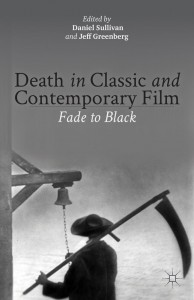 A new book co-edited by two members of the University of Arizona Department of Psychology looks at the various ways in which death – and fear of death – is portrayed in film.

“Death in Classic and Contemporary Film: Fade to Black” features essays from psychologists, philosophers, film critics, screenwriters and academics from around the globe.

Their writings delve into the psychology and philosophy of “the end” as it is depicted in dramas, comedies, fantasies, foreign films, horror movies and even superhero flicks.

The book is intended for general audiences as well as classroom use.

“Death is at the center of a lot of movies,” Greenberg said. “This book is really for anyone who’s interested in film and thinking about death as it relates to film.” 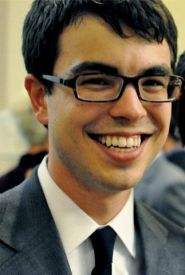 Sullivan, who started reading the works of Edgar Allen Poe when he was just 5 years old, decided to merge his interest in the macabre with his lifelong love of movies with help from Greenberg, who Sullivan met when he was working in Greenberg’s lab as a freshman honors student in 2004.

Greenberg has for years studied the psychology of death and helped establish social psychology’s “terror management theory,” which suggests that people come to grips with their own mortality by pursuing goals and making contributions – like writing books – that can in some way immortalize them.

The first part of Sullivan and Greenberg’s book is dedicated to terror management theory in film, while subsequent sections focus on themes of denial, transcendence and how film directors engage with death. 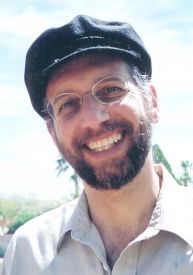 “Death plays a more important role in our lives than we are aware of or like to admit,” Sullivan said. “As humans, we know we are going to die, and that’s a strange thing for an animal to be aware of. This is one problem we can’t solve.”

A wide range of films is covered in the book, including several classics as well as modern favorites like “The Matrix,” “Black Swan,” “Life is Beautiful,” “Iron Man 2,” and the “Twilight” and “Harry Potter” series.

Sullivan and Greenberg wrote the book’s introduction and conclusion. Also contributing from the UA is English professor Susan White, who authored a chapter dedicated to the films of Stanley Kubrick, which include “Dr. Strangelove” and “The Shining,” among many others.

“What this book clearly shows is that death is certainly portrayed in a lot of different ways in movies,” Sullivan said. “As humans, we’ve always made a lot of art about death. It’s frightening to us, but it’s also compelling and interesting.”