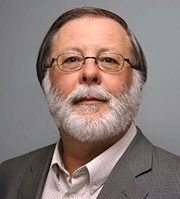 Pathological gamblers are risking more than their money, they are also three times more likely to commit suicide than non-betters. A  new Montreal inter-university study has shown these gamblers are also plagued by personality disorders. These findings, published in a recent issue of the Psychology of Addictive Behaviors, may have implications for developing improved targeted suicide prevention programs.

“The World Health Organization estimates that suicide is one of the top ten causes of death in the Western world,” says study co-author, Richard Boyer a Université de Montréal professor and researcher at the Centre de recherche Fernand-Seguin at the Louis-H. Lafontaine Hospital. “In addition, pathological gamblers account for five percent of all suicides. These staggering statistics motivated us to study the difference between gamblers and non-gamblers.”

The study examined 122 suicides between 2006 and 2009, of which 49 were pathological gamblers. Data from the coroner’s files were compiled and psychological autopsy interviews with families and friends of the deceased were completed.

“Our findings showed that those gamblers who commit suicide had twice as many specific personality disorders as other suicide victims,”  says co-author Alain Lesage, also from the Université de Montréal.

“These personality disorders seem to significantly increase the risk of suicide for compulsive gamblers,” says Boyer. “Three lethal elements are generally recognized: depression, alcohol or drug consumption and a personality disorder. These psychiatric disorders can in-turn interact with each other. For example, the depression can lead to the alcohol or drug consumption, which in turn leads to greater financial problems, which amplifies the depression.”

The study also showed that gamblers who committed suicide were three times less likely to have consulted a health service in the year preceding their death.

“Gamblers don’t consult professionals because they believe the problem will solve itself,” says Boyer. “They believe their financial or alcohol or drug problems are the result of gambling and therefore they seek a solution in gambling rather than get help.”

Twelve percent of gamblers admitted to a friend or family member having spent over $5,000 in a given day. And 70 percent had borrowed the money to play.

“Parents and health professionals should be more vigilant in looking for signs of suicide among pathological gamblers,”  says Boyer. “The sooner this disorder is diagnosed the sooner therapy can begin and the better chances for success.”