“In almost every country in the world, research is supported by public funds. When researchers publish their results in academic journals, they do so for free. The results are also reviewed by peers for free. And journals often require researchers to give up their rights to these articles. Then, major publishers or learned societies sell their journals at exorbitant prices to libraries… which are also financed by public funds! It’s a vicious circle in which taxpayers pay for the production and access to researchers while publishers and societies make profits of 30-45% before taxes. It’s outrageous!” exclaimed Jean-Claude Guédon. This professor of comparative literature at the Université de Montréal is far from being the only one to protest. In recent months, more than 11,000 researchers worldwide have expressed their dissatisfaction through a petition calling for a boycott of Elsevier. This academic publishing giant earned profits of more than US $1.1 billion in 2011.

This movement, which many observers have called the “Academic Spring,” was born as a result of Elsevier’s support of the Research Work Act. This U.S. bill would ban open access to academic publications subsidized by the state. “It’s all anecdotal but at least has the benefit of reminding people about the importance of open access,” Guédon said. 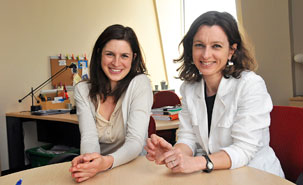 Open access is a kind of parallel system to traditional academic publishing that took shape with the arrival of the Internet. It means “free availability on the public internet, permitting any users to read, download, copy, distribute, print, search, or link to the full texts of these articles, crawl them for indexing, pass them as data to software, or use them for any other lawful purpose,” according to the Budapest Open Access Initiative. Signed in 2001, this international declaration was followed by the Berlin Declaration on Open Access to Knowledge and the Bethesda Declaration on Open Access Publishing in 2003.

Open access, however, began long before the drafting of such legislation. “In the early 90s, a major event occurred: the creation of ArXiv, a platform for physicists to submit preprints of their articles. The original goal of this project was not to circumvent journals because of their astronomical prices, but rather, to accelerate the dissemination of knowledge, which for traditional journals, can stretch out over one or even two years. In 2012, ArXiv hosts articles from many disciplines and occupies an important place in the scientific world,” said Vincent Larivière, a professor at Université de Montréal’s School of Library and Information Sciences.

In 1991, Jean-Claude Guédon launched Surfaces, the first electronic journal in Canada. “At the time, I didn’t understand the economics of scholarly publishing, but I understood that if we did charge for the journal, it would have been buried by both lack of money and electronic support,” Guédon said. “We therefore made it open access and financed it through grants.”

How, then, are publishers like Elsevier and Springer able to rake in huge profits? Why are many major journals still in the lap of these publishers? Why does open access still seem so fragile?

First, there is the question of money, which as always, makes the world go round. “Free access is never free. It only displaces cost centers. As for us, we’re able to finance our activities through institutional contributions,” said Dominique Bérubé, president and CEO of the Canadian platform Érudit. Created by a Quebec interuniversity consortium, Érudit has provided, since 1998, French-language articles in the humanities and social sciences through limited open access via a moving wall. “Since 2006, the platform has developed a hybrid model: institutions pay a subscription to issues from the last two or three years, depending on the journal, which is called a ‘moving wall’ strategy. Archives, however, remain open access,” says Joanie Lavoie, digital publishing analyst at Érudit.

There is also the “author-payer” model. Publications from the Public Library of Science are an example. Researchers pay from $1,000 to $3,000 to publish one of their articles. Students and academics from developing countries, however, are exempt from this fee. The money is used to operate the journals. “The money is usually paid in advance by a private or public organization, or by a government agency,” Guédon said. Unfortunately, large publishing houses have developed this concept along their own lines. “They’re charging authors as much as $5,000 for open access.”

He says a good model is the public subsidy of scholarly publishing. “Academic publishing costs about one percent of what is allocated to research,” Guédon noted. “All you need is to add this amount to research budgets to cover publication costs while ensuring independence from governments so they don’t interfere with content. This already exists in Latin America with the Scientific Electronic Library Online, which includes 800 open access journals.” The

The myth of major journals

Money is only one obstacle to open access. Another obstacle is the ranking of journals by “impact factor,” which was created by commercial publishers. This measure of an academic journal’s visibility for a given year is determined as a ratio between the average number of citations per article received by the journal during the two preceding years and the total number of articles it published during the same period. In other words, it measures average “impact” over time. Note that this measure is considered by many as problematic.

“All researchers want to publish in high-impact journals because it influences their careers,” Larivière said. “Publishing in a prestigious journal can mean getting a particular grant or position. To be considered an important researcher, one simply cannot publish outside these journals.”

However, this is less true today, notes Larivière}, who, with colleagues George Lozano and Yves Gingras, compared impact factor with citation numbers for millions of articles published between 1902 and 2009. “The most cited articles are published less exclusively in high-impact journals. In other words, major findings are no longer reported in only elite journals. And this decline began in the early 90s… in short, it’s power of the Web.”

This argument does not seem to have convinced researchers to embrace open access. On the one hand, the importance of impact factor seems rooted in academia’s collective psyche. “Specifically, promotion and grant awarding committees pay far too much attention to impact factor,” Guédon said. On the other hand, the publishing world is a jungle for many scientists. “Most researchers are not really interested in what goes on in publishing, they simply want their article to be published in a ‘good’ journal, and ‘good’ refers directly to impact factor,” he says.

“Editors have contributed to this phenomenon by creating confusion about open access,” Larivière added.

For Diane Sauvé, Associate Director of Libraries at Université de Montréal, researchers want to freely disseminate their results, but they often lack the resources and time to do so. “That is why we have developed various initiatives to support them,” she said.

In her view, researchers should consider another advantage of open access, which is to generate public interest and create innovative partnerships. “Since the launch of Papyrus, the institutional repository of Université de Montréal, we have received requests from individuals and organizations from both here and abroad who wish to contact researchers for more information about their research. Open access is also the transfer of knowledge within the community.”

Finally, an obvious advantage of open access for researchers here is the dissemination of knowledge in French. “When Érudit was created, our objective was open access, but also the visibility of local collections, which are difficult to publish in the context of globalization,” Bérubé said. “We observed this for French-language scientific periodicals, which disappeared in Quebec because of a lack of clientele. However, in the humanities and social sciences, periodicals were better able to survive because the community was used to publishing in French.”

According to Larivière, the results of his study show that “in the medium term, the journal as main venue for knowledge dissemination is in serious jeopardy.” After all, he notes, almost all articles can be found on the Web. “If I were a commercial publisher, I would think about diversifying my activities!” he added.

And that is what publishers are doing, according to Guédon. “In some circles, rather quietly, the practice is to allow open access to articles in PDF format, but to charge users who wish to obtain the data and algorithms to manipulate them, in other words, the really juicy part of research.”

For Guédon, the future of open access lies in institutional repositories. “The ideal solution is like that of Harvard University, where trustees vote to require all professors to transfer their published articles to the institution’s repository,” he said.

Power would then be in the hands of the key players: the researchers. “It is they who possess the raw material, research,” Sauvé said. “In agreement with funding agencies, researchers may decide that the current model offered by publishers no longer suits them. They all hold the cards.”

There are two ways of providing open access: green and gold.

Gold: Here, open access is given to journals, which operate much like subscription periodicals in that they are peer reviewed. Unlike the former, however, their content is freely accessible online. Their operating costs are covered in different ways. A popular model in developed countries is the author-payer model, adopted by the Public Library of Science, among others, which publishes several journals including the well-known PLoS ONE. Researchers pay from $1,000 to $3,000 to have one of their articles published.

Green: Here, open access is given to repositories, in which researchers self-archive their articles and other scientific documents for free public use. There are currently more than 2,700 green open access repositories. These repositories may be disciplinary—such as ArXiv, which hosts articles in physics, mathematics, astronomy, computer science, quantitative biology, and statistics—or institutional, in which they are attached to a university or research institution. They include publications, preprints, papers, theses, and dissertations. Around 80% of publishers worldwide allow authors to deposit their articles in open access repositories or on their personal websites… but few researchers know this!

– The institutional repository Papyrus, created in 2003, allows Université de Montréal researchers to self-archive their publications, preprints, and other intellectual works to make them available on the Internet. It also includes theses and dissertations deposited by students at the university since 2009.

– To encourage the use of open access scholarly journals, these are incorporated into the digital repository in the same way as subscription journals and can be searched in the Atrium catalogue.

– Students and researchers are informed about open access through the training and consulting services provided by Université de Montréal reference librarians. The libraries have also contributed to the French adaptation of the Canadian Author Addendum of the Canadian Association of Research Libraries. This is a legal document that slightly modifies the standard publishing contract to allow authors to retain certain rights.

Some figures to remember

315%: the average price increase of subscriptions for universities between 1986 and 2003, while inflation was only 68% for the same period.

Between $7 and $8 million: the cost of electronic subscriptions for Université de Montréal libraries, representing around 80% of the acquisitions budget.

US $24,047: the price of a yearly subscription to the journal Brain Research.

80%: the proportion of journals worldwide allowing authors to deposit their articles in an open access repository or on their personal websites.

19 million: the number of pages visited since the creation of the Érudit platform in 1998, whose content is 90% open access.

375,000: the number of theses and dissertations downloaded from Papyrus, the institutional repository of Université de Montréal, in 2011.

This document is the translation of an article originally published in French by Marie Lambert-Chan.