Cramming for a Test? Don’t do it, say UCLA Researchers

Every high school kid has done it: putting off studying for that exam until the last minute, then pulling a caffeine-fueled all-nighter in an attempt to cram as much information into their heads as they can.

The problem is the trade-off between study and sleep. Studying, of course, is a key contributor to academic achievement, but what students may fail to appreciate is that adequate sleep is also important for academics, researchers say.

In the study, UCLA professor of psychiatry Andrew J. Fuligni, UCLA graduate student Cari Gillen-O’Neel and colleagues report that sacrificing sleep for extra study time, whether it’s cramming for a test or plowing through a pile of homework, is actually counterproductive. Regardless of how much a student generally studies each day, if that student sacrifices sleep time in order to study more than usual, he or she is likely to have more academic problems, not less, on the following day.

The study findings appear in the current online edition of the journal Child Development. 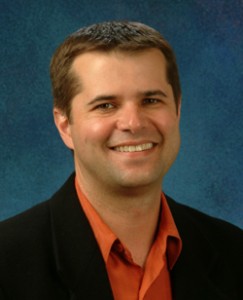 “No one is suggesting that students shouldn’t study,” said Fuligni, the study’s senior author. “But an adequate amount of sleep is also critical for academic success. These results are consistent with emerging research suggesting that sleep deprivation impedes leaning.”

Students generally learn best when they keep a consistent study schedule, Fuligni said. Although a steady pace of learning is ideal, the increasing demands that high school students face may make such a consistent schedule difficult. Socializing with peers and working, for example, both increase across the course of high school. So do academic obligations like homework that require more time and effort.

As a result, many high school students end up with irregular study schedules, often facing nights in which they need to spend substantially more time than usual studying or completing school work.

Yet, Fuligni said, “The biologically needed hours of sleep remain constant through their high school years, even as the average amount of sleep students get declines.”

Other research has shown that in ninth grade, the average adolescent sleeps 7.6 hours per night, then declines to 7.3 hours in 10th grade, 7.0 hours in 11th grade and 6.9 hours in 12th grade.

“So kids start high school getting less sleep then they need, and this lack of sleep gets worse over the course of high school,” Fuligni said.

For the current study, 535 Latino, Asian American and European American students in the ninth, 10th and 12th grades were recruited from three Los Angeles–area high schools. They were asked to keep a diary for a 14-day period, recording how long they studied, how long they slept and whether or not they experienced two academic problems: not understanding something taught the following day in class and performing poorly on a test, quiz or homework.

Across the board, the researchers found that study time became increasingly associated with more academic problems, because longer study hours generally meant fewer hours of sleep. In turn, that predicted greater academic problems the following day.

“At first, it was somewhat surprising to find that in the latter years of high school, cramming tended to be followed by days with more academic problems,” said Gillen-O’Neel, who works with Fuligni and was the study’s first author. “But then it made sense once we examined extra studying in the context of sleep. Although we expected that cramming might not be as effective as students think, our results showed that extra time spent studying cut into sleep. And it’s this reduced sleep that accounts for the increase in academic problems that occurs after days of increased studying.”

Of course, those students who averaged more study time overall tended to receive higher grades in school. But, said Fuligni, “Academic success may depend on finding strategies to avoid having to give up sleep to study, such as maintaining a consistent study schedule across days, using school time as efficiently as possible and sacrificing time spent on other, less essential activities.”

Virginia W. Huynh, also of UCLA, was a co-author of the study. None of the authors report any conflict of interest. Support for this study was provided by the Russell Sage Foundation.