Caribbean fighting conch used to be harvested with more meat, but evolved to mature at smaller size

Like most residents of Panama’s Isla Colón, UCLA archaeologist Thomas Wake has enjoyed more than a few plates of Caribbean fighting conch in the 11 years he’s operated his field lab on the island’s north shore.

“They’re stigmatized as a poor people’s food, but they’re good,” said Wake, a lab director at the Cotsen Institute of Archaeology in UCLA’s College of Letters and Science. “They taste a lot like abalone or calamari.”

But as a result of his work with a team of scientists supported by the Smithsonian Institution, Wake realizes he’s been shortchanged when it comes to this fixture of local cuisine —  and he may have only conch lovers like himself to blame.

The research team has determined that 7,000 years ago, these common marine shellfish, known as Strombus pugilis, contained 66 percent more meat than their descendants today. Due to persistent human harvesting of the largest conchs, the researchers say, it became advantageous for the animal to mature at a smaller size, resulting over time in an evolutionary change.

Human-driven evolution of wild animals, sometimes referred to as “unnatural selection,” has previously been documented in high-intensity harvesting, like industrialized fishing, but never at the smaller scales seen on Isla Colón. 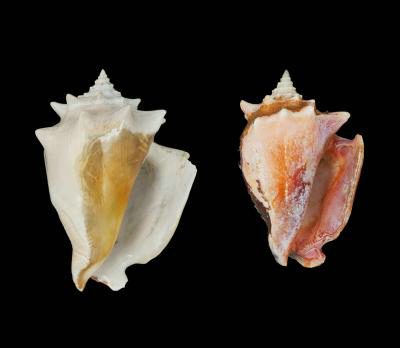 “The detrimental effects of unmanaged industrial-scale harvesting are already well known, but this shows that even non-industrial harvesting can have a devastating effect when it’s persistent and unmanaged,” Wake said.

The team’s findings, published March 19 in the journal Proceedings of the Royal Society B, were based on an analysis of the the shell sizes of mature conchs of today and those that existed prior to human settlement; the latter were excavated from human trash heaps representing various points over the last few thousand years at the Proyecto Arqueologico Sitio Drago run by Wake. They are now housed at the Smithsonian Tropical Research Institute’s Bocas del Toro Field Station on the island.

Wake’s Zooarchaeology Lab on the UCLA campus also includes samples of S. pugilis, along with a comparative collection more than 4,000 skeletal specimens and 10,000 mollusk specimens from around the world. The remains are routinely consulted by archaeologists to determine the diets of prehistoric peoples.

As a juvenile, the fighting conch lives hidden in the muddy sediments of lagoons. It emerges to compete for mates when it reaches sexual maturity, but only after its outer lip has thickened enough to protect it from predators. By observing the size of the shells and the thickness of the lips in the archaeological fossils and modern conchs, the researchers found that the animals’ size at sexual maturity declined significantly over the past 1,500 years, in concert with human harvesting. 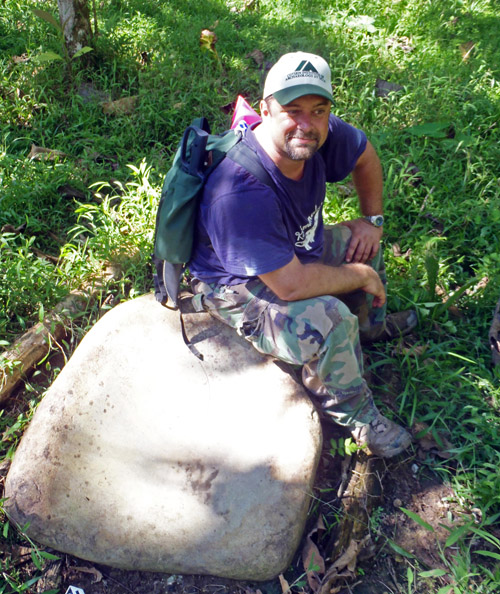 UCLA archaeologist Tom Wake was part of a team that discovered that a popular seafood has evolved to mature at a smaller size, apparently to avoid being harvested. Image credit: University of California

The study, which brought together ecologists, paleontologists and archeologists, suggests that declining meat yields may not be the only result of the fighting conch’s evolutionary change in size at maturity. The ability to reproduce, the quality of offspring and other vital traits can all be damaged by size-selective evolution. Further study is required to learn the extent to which the fitness of S. pugilis has decreased because of long-term size-selective evolution, the researchers said.

Additional study contributors included Aaron O’Dea of the Smithsonian Tropical Research Institute and Marian Lynne Shaffer, who at the time of the study was an undergraduate student at the University of Wisconsin–Green Bay.

“There is a glimmer of hope that the evolutionary trend toward smaller size can be halted or reversed,” said O’Dea, drawing attention to the fact that modern sites that are protected from harvesting have the largest conchs. “Marine protected areas not only serve to protect biodiversity, they can also help maintain genetic diversity. This study shows that such genetic diversity is critical to sustain the value of marine resources for the millions of humans that rely upon subsistence harvesting around the world.”