Updated figures for the direct costs of war in Iraq, Afghanistan, and Pakistan now stand at more than 350,000 lives lost and $4.4 trillion spent. Indirectly, another 250,000 lives have been lost to war-related causes like loss of civilian access to food and health care, and another $8 trillion in interest on war debt may come due during the next 40 years.

PROVIDENCE, R.I. [Brown University] — The Costs of War project at Brown University’s Watson Institute for International Studies has released updated figures for the human and financial costs of the U.S. wars in Iraq, Afghanistan, and Pakistan.

The human toll — U.S. soldiers and contractors, allied soldiers, security forces, insurgents and militants, and civilians — in deaths by direct war violence is now estimated to be at least 350,000 since October 2001. About 204,000 of those deaths are attributed to the war in Iraq, with another estimated 250,000 indirect deaths of Iraqi civilians from causes such as war-related loss of access to food and health care since 2003.

Costs of War researchers estimate that U.S. financial costs for all three wars — war spending and war costs obligated for the future such as veterans’ health care — total $4.4 trillion since 2001. An additional $8 trillion in interest on war debt may come due over the next 40 years.

Costs incurred for the war in Iraq are estimated to be $2.21 trillion, and costs for Afghanistan and Pakistan believed to be around $2.15 trillion. 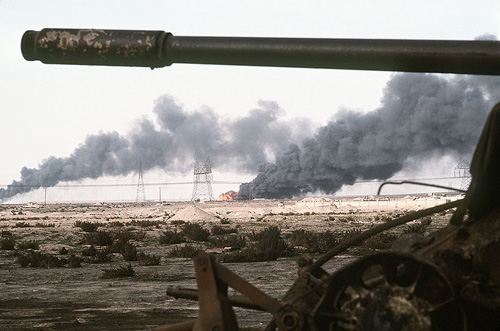 This update comes as Sunni militants from the Islamic State in Iraq and Syria — ISIS — have begun to take over parts of Iraq, leaving the political future of the country in question.

“The decision to use further U.S. military force in Iraq will only increase these human and financial costs,” said Catherine Lutz, the Thomas J. Watson Jr. Family Professor of Anthropology and International Studies and co-director of the Costs of War project at Brown University.

Complete findings are available online at costsofwar.org. Catherine Lutz is available for comment and analysis.

The Costs of War project has updated its data periodically since it was first announced in June 2011.