And the way much of Congress’ work gets done is through self-manufactured crises like the “fiscal cliff,” say political science professors Scott Adler of CU-Boulder and John Wilkerson of UW.

“Yes, Congress has taken on a more partisan tone in recent decades,” Adler said. “We do hear a lot about the conflicts between Democrats and Republicans on key pieces of legislation. But we’re also seeing Congress exceeding public expectations. Congress does govern.” 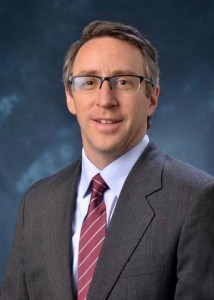 Adler and Wilkerson studied several decades of lawmaking to better understand how issues end up on the legislative agenda and the factors that lead to policy change. In a new book, “Congress and the Politics of Problem Solving” from Cambridge University Press, they reveal that they were surprised to find political friction had a limited influence on congressional productivity.

“Understandably, the media, scholars and the public tend to be more attentive to political conflict, especially partisan conflict, than to political cooperation,” Wilkerson said. “Yet on most issues, including the most important issues, consensus and cooperation are the norm within Congress.”

It is a common congressional practice to pass short-term legislation that forces lawmakers to revisit important issues on a regular basis, the authors said. The “fiscal cliff” has helped to draw attention to the use of manufactured crises “to induce bargaining between Democrats and Republicans, between the president and Congress and between the House and Senate,” Adler said.

This is not a new development. In fact, the first substantive law passed by the very first Congress in 1789 was set up to expire six years later. Short-term laws have been passed with greater frequency since the 1960s as the congressional agenda has become increasingly crowded. Today Congress simply has too much to deal with to operate in any other way, they said.

Most major programs are on schedules that have them expiring every four, five or six years. And because the reauthorization calendar is known years in advance, everyone, including lobbyists and other stakeholders, knows when it is and is not time to press for policy changes. Wilkerson and Adler found that program expirations are the best predictors of when big policy changes will occur.

“An expiring law does not necessarily lead to significant reform,” Wilkerson said. “Sometimes Congress just renews it because there is little need for reform. At other times, Congress extends because partisan differences inhibit substantive progress. But often these manufactured crises do serve as the catalysts for significant policy change.

Congress has had less success reforming issues that are not on recurring schedules, such as immigration and energy, the professors said. Passing smaller programs on a short-term basis in these areas might be one approach to encouraging more action. These renewals might then provide the catalysts for broader policy changes, as has been the case with the Higher Education Act.

“By reading our book, we hope that observers of Congress will better appreciate what Congress does and how it does it,” Wilkerson said.