EAST LANSING, Mich. — Most college students in the United States do not grasp the scientific basis of the carbon cycle – an essential skill in understanding the causes and consequences of climate change, according to research published in the January issue of BioScience.

The study, whose authors include several current and former researchers from Michigan State University, calls for a new way of teaching – and, ultimately, comprehending – fundamental scientific principles such as the conservation of matter.

“Improving students’ understanding of these biological principles could make them better prepared to deal with important environmental issues such as global climate change,” said Charles “Andy” Anderson, MSU professor of teacher education and co-investigator on the project. 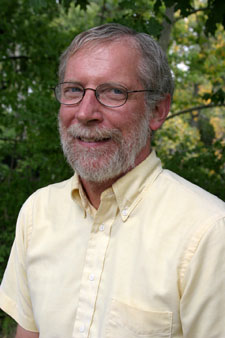 The study was led by Laurel Hartley, assistant professor at the University of Colorado Denver who started the work as a postdoctoral researcher at MSU. Co-researchers include Anderson, Brook Wilke, Jonathon Schramm and Joyce Parker, all from MSU, and Charlene D’Avanzo from Hampshire College.

The researchers assessed the fundamental science knowledge of more than 500 students at 13 U.S. colleges in courses ranging from introductory biology to advanced ecology.

Most students did not truly understand the processes that transform carbon. They failed to apply principles such as the conservation of matter, which holds that when something changes chemically or physically, the amount of matter at the end of the process needs to equal the amount at the beginning. (Matter doesn’t magically appear or disappear.)

Students trying to explain weight loss, for example, could not trace matter once it leaves the body; instead they used informal reasoning based on their personal experiences (such as the fat “melted away” or was “burned off”). In reality, the atoms in fat molecules leave the body (mostly through breathing) and enter the atmosphere as carbon dioxide and water.

The researchers say biology textbooks and high-school and college science instructors need to do a better job of teaching the fundamentals – particularly how matter transforms from gaseous to solid states and vice-versa.

It won’t be easy, Anderson said, because students’ beliefs of the carbon cycle are deeply engrained (such as the misconception that plants get most of their nutrients from the soil). Instructors should help students understand that the use of such “everyday, informal reasoning” runs counter to true scientific literacy, he said.

The implications are great for a generation of citizens who will grapple with complicated environmental issues such as clean energy and carbon sequestration more than any generation in history, Anderson said.