*Global warming may initially make the grass greener, but not for long*

Global warming may initially make the grass greener, but not for long, according to new research results.

The findings, published this week in the journal Nature Climate Change, show that plants may thrive in the early stages of a warming environment but then begin to deteriorate quickly.

“We were really surprised by the pattern, where the initial boost in growth just went away,” said scientist Zhuoting Wu of Northern Arizona University (NAU), a lead author of the study. “As ecosystems adjusted, the responses changed.” 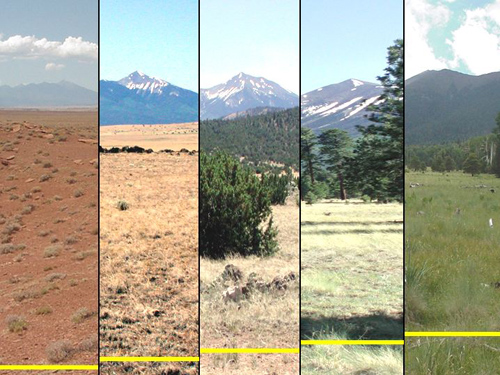 Plants grew more the first year in the global warming treatment, but this effect progressively diminished over the next nine years and finally disappeared.

The research shows the long-term effects of global warming on plant growth, on the plant species that make up a community, and on changes in how plants use or retain essential resources like nitrogen.

“The plants and animals around us repeatedly serve up surprises,” said Saran Twombly, program director in the National Science Foundation (NSF)’s Division of Environmental Biology, which funded the research.

“These results show that we miss these surprises because we don’t study natural communities over the right time scales. For plant communities in Arizona, it took researchers 10 years to find that responses of native plant communities to warmer temperatures were the opposite of those predicted.” 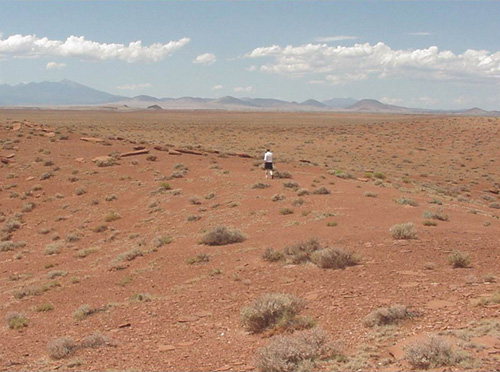 The team transplanted four grassland ecosystems from a higher to lower elevation to simulate a future warmer environment, and coupled the warming with the range of predicted changes in precipitation–more, the same, or less.

The grasslands studied were typical of those found in northern Arizona along elevation gradients from the San Francisco Peaks down to the Great Basin Desert. 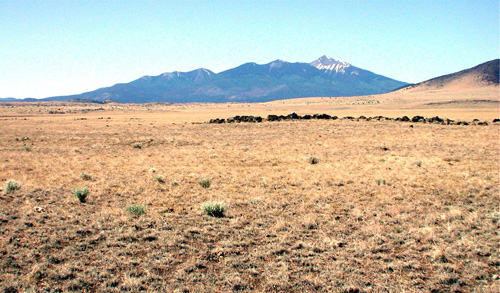 The researchers found that long-term warming resulted in loss of native species and encroachment of species typical of warmer environments, ultimately pushing the plant community toward less productive species.

The warmed grasslands also cycled nitrogen more rapidly. This should make more nitrogen available to plants, scientists believed, helping plants grow more. But instead much of the nitrogen was lost, converted to nitrogen gases in the atmosphere or leached out by rainfall washing through the soil. 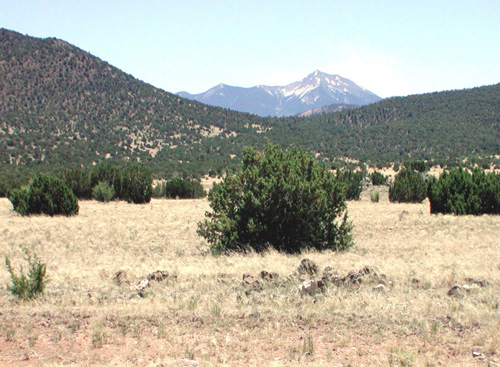 A pinyon-juniper area, next in increasing elevation of the study sites. Image credit: Paul Dijkstra

Bruce Hungate, senior author of the paper and an ecologist at NAU, said the study challenges the expectation that warming will increase nitrogen availability and cause a sustained increase in plant productivity. 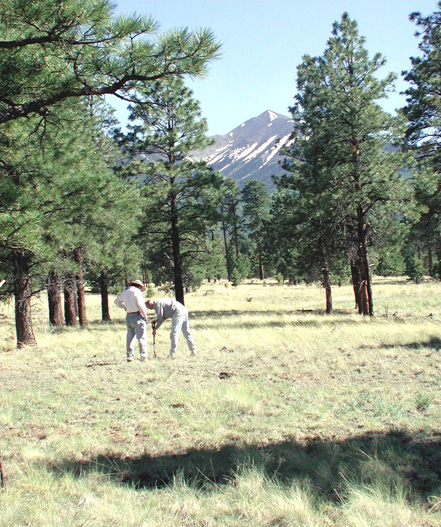 The findings caution against extrapolating from short-term results, or from experiments with plants grown under artificial conditions, where researchers can’t measure the feedbacks from changes in the plant community and from nutrient cycles.

“The long-term perspective is key,” said Hungate. “We were surprised, and I’m guessing there are more such surprises in store.”

Co-authors of the paper include George Koch and Paul Dijkstra, both at NAU. 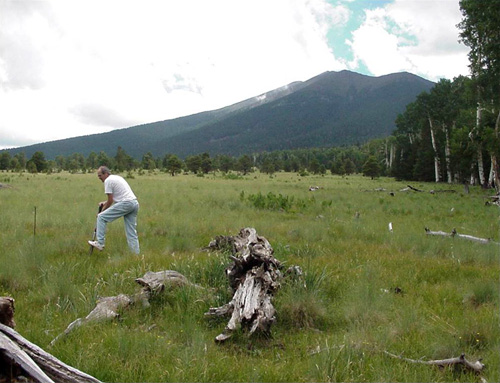