University Archives and Historical Collections started the project two years ago in recognition of the sesquicentennial celebration of the Civil War. Today, nearly 3,000 pages and images have been digitized and placed online, with more materials added every day.

In addition to the letters and journal entries, the Civil War collections contain election material from 1864, song books, sheet music and photos – mainly from soldiers who fought in Michigan regiments.

“There are a lot of Civil War historians and enthusiasts out there who will find interesting stories and get to know the soldiers through their letters,” said Portia Vescio, assistant director of University Archives and Historical Collections. “It’ll also be really good for classrooms – getting the primary sources online – whether they’re college students or K-12.” 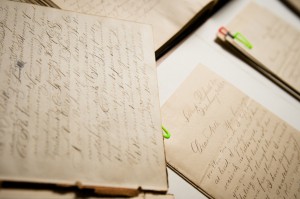 Letters from Civil War soldiers who fought in Michigan regiments have been digitized and placed online as part of MSU's Civil War collections. Photo by G.L. Kohuth

MSU received the collections of Civil War materials in 1952 when The Chamberlain Warren Museum in Three Oaks closed.

Transcriptions are authentic, reflecting exactly what’s written on the 150-year-old pages, Vescio said. So in many cases, words are misspelled or obsolete. MSU archivists, students and staff transcribed the material, which was difficult since some soldiers’ handwriting wasn’t legible. MSU’s MATRIX: The Center for Humane, Arts, Letters and Social Sciences Online assisted with the project. 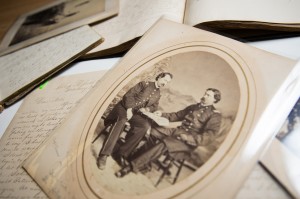 “The most interesting thing we found is that soldiers back then were similar to today’s soldiers,” said Edward Busch, electronic records archivist.

In their letters and entries, some of the soldiers described where they’d been and the battles in which they fought. In fact, some fought in the Civil War’s biggest battles, such as the Battle of Antietam and the Battle of Gettysburg, said Ben Dettmar, an American Studies graduate student working on the project.

Other soldiers complained about the weather, the food and hospital conditions. In one letter, a soldier referred to General Custer as “The Little Poodle,” while another wrote about sleeping in a swamp. And a few letters detail a love story gone awry.

In addition, several soldiers mentioned fighting the war out of duty for the country and for President Abraham Lincoln, while others wanted to eradicate slavery, Dettmar said. 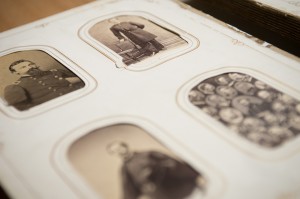 Civil War photos have been digitized and placed online as part of MSU's Civil War collections. Photo by G.L. Kohuth

“Why the Civil War was fought is asked in every history class,” he said. “So with the Civil War collections, students can read these letters themselves and come up with their own conclusions. They can see how much war affects a community and society.” 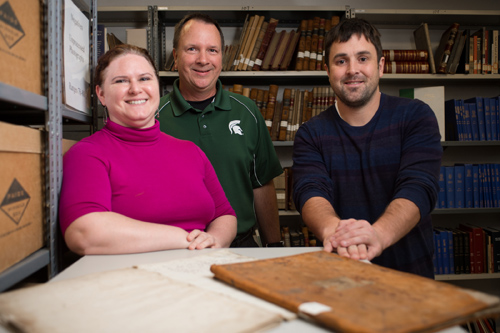