Researchers led by Prof. Sébastien Sauvé of the University of Montreal’s Department of Chemistry have discovered that traces of caffeine are a useful indicator of the contamination of our water by sewers. “E coli bacteria is commonly used to evaluate and regulate the levels of fecal pollution of our water from storm water discharge, but because storm sewers systems collect surface runoff, non-human sources can contribute significantly to the levels that are observed,” Sauvé explained. “Our study has determined that there is a strong correlation between the levels of caffeine in water and the level of bacteria, and that chemists can therefore use caffeine levels as an indicator of pollution due to sewerage systems.” 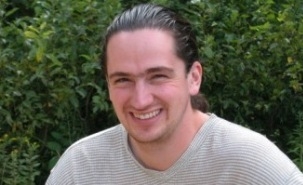 The researchers took water samples from streams, brooks and storm sewer outfall pipes that collect storm waters across the Island of Montreal, and analyzed them for caffeine, fecal coliforms, and a third suspected indicator, carbamazepine. Shockingly, all the samples contained various concentrations of these contaminants, which would suggest that contamination is widespread in urban environments. Carbamazepine is an anti-seizure drug which is also increasingly used for various psychiatric treatments, and the researchers thought it might be a useful indicator because it degrades very slowly. However, unlike with caffeine, no correlation was found.

Caffeine degrades within a few weeks to 2-3 months in the environment and is very widely consumed. The presence of caffeine is also a sure indicator of human sewage contamination, as agriculture and industry do not tend to release caffeine into the environment. The team also noted that the data suggest that Montreal’s storm water collection system is widely contaminated by domestic sewers. On the other hand, the researchers observed high levels of fecal coliforms but little or no caffeine in some of the samples, which they attribute to urban wildlife. “This data reveals that any water sample containing more than the equivalent of ten cups of coffee diluted in an Olympic-size swimming pool is definitely contaminated with fecal coliforms,” Sauvé said. “A caffeine sampling program would be relatively easy to implement and might provide a useful tool to identify sanitary contamination sources and help reduce surface water contamination within an urban watershed.”

About this study:
“Fecal coliforms, caffeine and carbamazepine in stormwater collection systems in a large urban area” was published online in Chemosphere on November 8, 2011.