Carbon from Martian Meteorites Not Evidence of Life

The findings provide insight into the chemical processes taking place on Mars and will help aid future quests for evidence of ancient or modern Martian life.

Carbon in some Martian meteorites came from Mars but not from life on Mars, according to new research from an international team that includes a University of Arizona geoscientist.

Molecules containing large chains of carbon and hydrogen – the building blocks of all life on Earth – have been the targets of missions to Mars from Viking to the present day.

Scientists have disagreed about how the organic carbon found in meteorites from Mars was formed and whether or not it came from Mars. 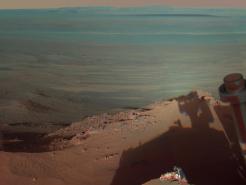 Hypotheses about the source of the molecules include contamination from Earth or other meteorites, ancient Martian biological life or the results of chemical reactions on Mars.

The new research provides strong evidence that some of the carbon-containing molecules did originate on Mars, but not from ancient life. These findings give researchers insight into the chemical processes taking place on Mars and will help aid future quests for evidence of ancient or modern Martian life.

“There are many kinds of organic carbon in Martian meteorites that aren’t from life forms,” said study co-author A. J. Timothy Jull, a UA professor of geosciences whose lab analyzed carbon from some of the meteorites described in the new study.

“If there was life on Mars, there’s carbon on Mars available that life could use,” said Jull, who is the director of the lab.

The UA Arizona Accelerator Mass Spectrometry Laboratory is known for dating many types of old and ancient materials, including the Shroud of Turin and Dead Sea Scrolls.

The 22-author research report, “A Reduced Organic Carbon Component in Martian Basalts,” is published in Science Express, the online version of the journal Science, on May 24. Andrew Steele of the Carnegie Institution of Washington in the District of Columbia is the lead author. A complete author list is available online. 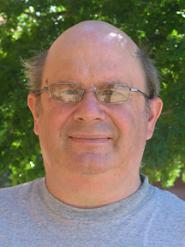 NASA, the W.M. Keck Foundation, the Natural Science and Engineering Research Council of Canada, and the Carnegie Institution for Science funded the research.

The research team examined samples from 11 Martian meteorites whose ages span about 4.2 billion years of Martian history. In 10 of the meteorites, the scientists detected large carbon compounds inside grains of crystallized minerals.

Using an array of sophisticated research techniques, the team showed that at least some of the macromolecules of carbon were indigenous to the meteorites themselves, rather than being contamination from Earth.

Next the team looked at the carbon molecules in relation to other minerals in the meteorites to see what kinds of chemical processes the samples endured before arriving on Earth.

The crystalline grains encasing the carbon compounds provided a window into how the carbon molecules were created. The research indicates the carbon was created during volcanism on Mars and shows that Mars has been doing organic chemistry for most of its history.

Steele said, “Understanding the genesis of these non-biological, carbon-containing macromolecules on Mars is crucial for developing future missions to detect evidence of life on our neighboring planet.”

The new finding will help scientists involved in future Mars missions distinguish between carbon-containing molecules that were not formed by life from those that might come from past or present life on Mars.