ANN ARBOR, Mich.— Americans are less willing to open their wallets to pay for increased production of renewable energy resources than Canadians, a new University of Michigan report indicates.

Americans who indicated they would not pay anything each year was at 41 percent compared with 21 percent for their counterpart. The willingness of Americans to contribute anything has declined between 2008 and 2010, the report said.

“Canadians are far more likely to see climate change as real and as a serious problem, and this appears to translate into greater willingness to take concrete steps in response,” said Barry Rabe, Arthur Thurnau Professor of the Gerald R. Ford School of Public Policy, and one of the report’s authors.

The study provides insight into the evolution of American public opinion regarding climate matters, and compares American and Canadian views on global warming and its remediation. 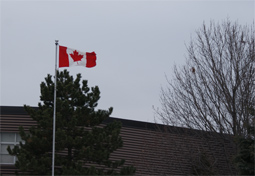 Most believers point to both human activity and natural factors as reasons for increasing world temperatures. In addition, there is a general belief that this matter is a serious problem.

The report used telephone surveys in random samples in the United States and Canada. The U.S. group included land lines and cell phones, while the Canadian sample only used land lines.

When asked if there is solid evidence of global warming, 80 percent of Canadians agreed there was compared with 58 percent of Americans.

In the United States, an individual’s partisan affiliation is the most important determinant of their views of the existence of global warming. Democrats were significantly more likely (69 percent) than Republicans (41 percent) to believe that the Earth is warming. The views of independent voters fell between their counterparts at 56 percent.

As climate change has emerged as a growing concern for governments worldwide, more attention has focused on the role of governments. Many Canadians and Americans indicate that national, state and local levels have a “great deal” of responsibility in combating global warming.

While most Americans do not support cap and trade and carbon taxes, many Canadians said they would support such policy options even if they had to pay up to $50 per month in energy expenses.

The report’s other authors are Chris Borick, a professor and director of the Muhlenberg Institute of Public Opinion at Muhlenberg College, and Erick Lachapelle, an assistant professor of political science at the University of Montreal.