Bringing a Spacecraft Back from the Dead

A UA engineering student is part of a team trying to awaken an abandoned NASA space probe and put it back to work in outer space.

More than 25 years ago, an abandoned NASA spacecraft fulfilled its mission, fell silent and has since been hurtling around the sun, somewhere between the orbits of Earth and Mars. Now, a University of Arizona engineering student is trying to wake it up.

Jacob Gold, an undergraduate student majoring in aerospace engineering, is on a mission against time. If he can’t make contact with the SUV-sized space probe when it swoops by the moon this summer, it will disappear into the depths of space, not to return until Gold is 50 years old.

“We hope to establish contact this week,” says Gold, who traveled to NASA’s Ames Research Center in Mountain View, California, to join five other space enthusiasts all working toward the same goal: to breathe new life into an abandoned space probe and put it to use for science one more time. 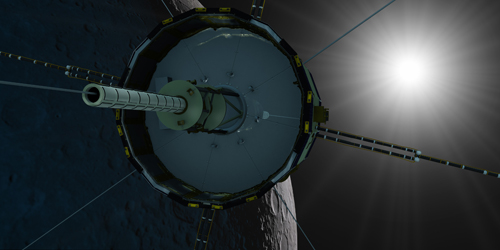 For 25 years, NASA probe ISEE/ICE has been orbiting the sun, abandoned after completing its missions. (Image credit: NASA)

Launched by NASA in 1978, the International Sun/Earth Explorer was the first man-made object placed into the so-called L1 halo orbit, which is a point in space where the gravitational forces of the Earth and the sun balance each other, dragging the spacecraft with them around the sun. The probe, known as ISEE successfully measured the interaction of the solar wind – high-energy charged particles expelled by the sun – with the Earth’s magnetic field.

In 1982, NASA reassigned the probe to a mission no spacecraft had ever attempted before: to fly through the tail of a comet. Renamed ICE for International Cometary Explorer, it managed to plunge into the tail of Halley’s comet and take measurements.

In 1999, budget cutbacks forced NASA to decommission the communication equipment on the spacecraft and leave it to its own devices.

Gold and his fellow team members want ISEE/ICE to resume its measurements of the solar wind lapping against the Earth’s magnetosphere – the area of space around it where charged particles come under the influence of the planet’s magnetic field. 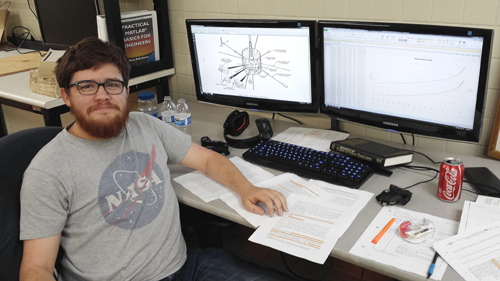 In the absence of NASA funding, Gold’s team, which set up its headquarters at Skycorp Inc. at Ames Research Center, raised $132,000 in a crowdfunding campaign.

“This is not an inexpensive project, and we are working on a very short timeline,” Gold says. “With more money, we are more likely to succeed because we can throw more expensive hardware at it.”

“NASA has been incredibly helpful with this,” he adds. “As soon as we expressed interest, they gave us all the information they had on it.”

“This satellite can still do science,” he says. “We can put it back to work for tenth of a percent of the cost of a new mission.” 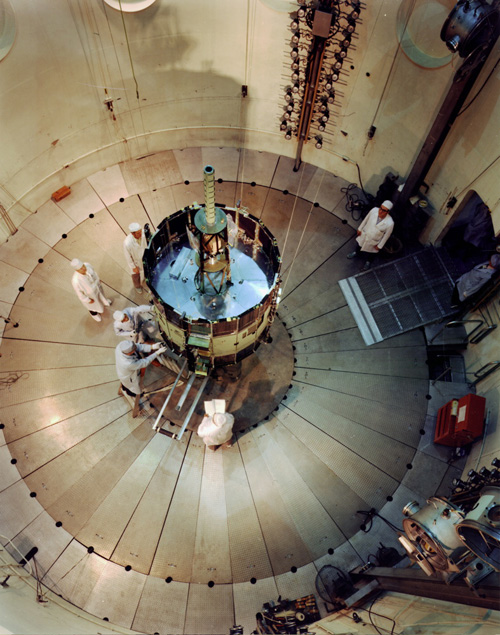 Gold says the team plans to connect the probe’s instruments to a Web page, so anyone can download any of the data from it.

“We think this can be a very powerful STEM education tool. High school classes could propose an experiment and track it through the course of their term. There are not many satellites that beam their data in real time to anyone who wants to use it.” STEM refers to science, technology, engineering and mathematics.

But before any of this can happen, the ground crew of garage engineers has to coax the spacecraft back into its original orbit around the sun. And before they can do that, they have to wake it up.

“The first step is to talk to the satellite,” Gold says. “Only then can we check its systems and its thrusters to make sure they behave the way we expect them to.

“We need to be able to speak its language, and all the programs used to make contact with the probe no longer work on anything. We have to reinvent absolutely everything.” 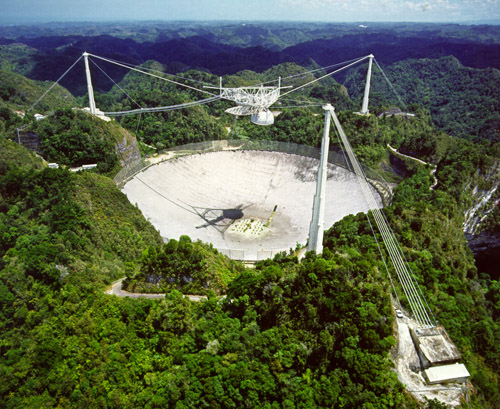 “The last person to control a satellite from the Arecibo radio telescope was a villain from a James Bond movie,” Gold said. Image credit: University of Arizona

If the probe had been built with modern technology, “we could just say, ‘Tell me everything you know,’ and it would just stream the data back to us,'” Gold explained. “But it doesn’t work that way. It’s basically a remote-controlled spaceship. Which means you have to send a command for it to give you a response.”

While members of the team are busy writing computer code to communicate with the spacecraft, others are preparing the 305-meter dish of the Arecibo Observatory in Puerto Rico to transmit the signals to contact the probe.

“We are fortunate to be able to use that telescope, but it’s not easy,” Gold says. “You have to keep in mind that the last person to control a satellite from the Arecibo radio telescope was a villain from a James Bond movie.”

On Aug. 10, the probe will fly buzz the moon’s surface within of just over 10 miles so it can take advantage of the gravity and be flung into its new trajectory.

The team has to be able to command the spacecraft because precise burns from its thrusters will be required to steer it onto the desired orbit.

“The longer we wait, the more fuel it will take,” Gold says, “and fuel is limited. Once the probe is past the moon, it’s gone.”