Breathing Deeply – and Safely – After a Fire

UA researchers are working to ensure that firefighters and first responders breathe safely while cleaning up after fires.

Every year fires rage throughout the Southwestern U.S., placing firefighters and first responders at risk as they battle flames and smoke. University of Arizona researchers are working to make their jobs a bit safer by improving the breathing equipment they rely on to stay alive.

“Firefighters and other first responders work in potentially extremely hazardous conditions,” said Eric Lutz, an assistant professor and industrial hygienist in the Community, Environment and Policy Division of the Mel and Enid Zuckerman College of Public Health and director of the UA’s Mine Safety and Health Program. “It’s important to make sure that they have adequate equipment.”

“Firefighters also have increased risk of cancer, so it’s important to protect them against potential carcinogens,” noted Jeff Burgess, associate dean for research at the UA Zuckerman College of Public Health. 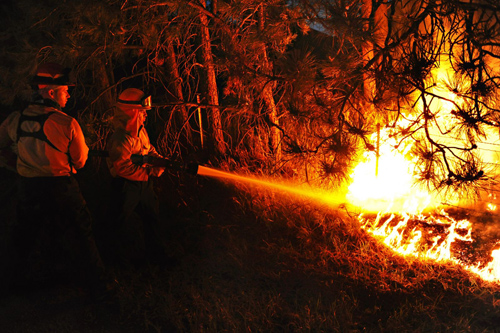 A researchers are working to ensure that firefighters breathe safely, protected from harmful fumes generated by fires. (Image credit: NASA)

Lutz, who is also a member of the UA Institute of the Environment, led a recent study in collaboration with Burgess to test the effectiveness of CBRN canisters, which are breathing apparatuses commonly used by firefighters that are designed to protect against chemical, biological, radiological and nuclear vapors or particulates.

Lutz and his collaborators tested the canisters in environments that replicated those found during overhaul, the cleanup phase of firefighting after the blaze has been doused but when harmful fumes still linger. 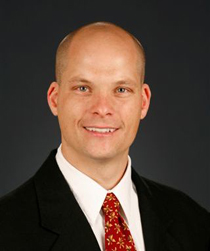 Eric Lutz is an assistant professor and industrial hygienist in the Community, Environment and Policy Division of the UA’s Mel and Enid Zuckerman College of Public Health. Image credit: University of Arizona

“This research builds on work that I’ve done in previous years showing that firefighters that were either not wearing respiratory protection or were wearing only purifying respirators had injury to their lungs from being exposed to gases during overhaul,” Burgess said.

During overhaul, Lutz said, “firefighters go in and poke around the coals, making sure everything’s extinguished. Then fire investigators go in and try to understand how the blaze began and how it spread.” The problem is that many potentially harmful gases are still in the air, and can have long-term negative effects on firefighters’ health if inhaled, he said.

To expose the CBRN canisters to environments similar to conditions firefighters would be working in, the researchers worked with Northwest Fire District, testing the canisters in the fire station’s burn room.

“We put household materials inside a room that we can light on fire multiple times and pulled the smoke through the canisters,” explained Mike Duncan, who is division chief for medical services for Northwest Fire District.

Lutz and his team found that while CBRN canisters are effective against many harmful gases, they don’t filter formaldehyde – a dangerous gas that is often present during overhaul – as well as expected, meaning that they may not be as safe as previously believed.

“Formaldehyde is a carcinogen, so being exposed to that gas could create a risk of harmful health consequences,” Lutz said. 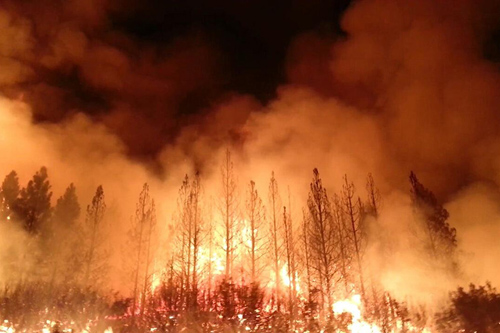 Formaldehyde is a carcinogen that can linger in the area after a fire has been doused and pose a health risk to firefighters and fire investigators. (Image credit: NASA Earth Observatory)

Additionally, formaldehyde can remain in an area for a long time after a fire has been extinguished, Lutz added. “We want to better understand the risks associated with post-fire environments to not only workers but also the community. We need to understand questions like ‘when is it safe to let neighbors and children back into a building after a fire?'”

Lutz is planning followup studies working with Capt. John Gulotta, safety captain of the Tucson Fire Department, and with Duncan and Northwest Fire District to determine why CBRN canisters don’t perform as well as expected and in what ways they might be improved.

“In one study we’re going to be using a breathing machine and a respirator mask to measure concentrations inside and outside the mask,” Lutz said. “The breathing machine pushes air in and out. It oscillates like human inhalation and exhalation.” This means that the researchers will be able to more accurately replicate the conditions of a human breathing the gases, he explained.

In another followup study, Lutz plans to work with firefighters in actual overhaul environments to compare the efficacy of different, currently used breathing apparatuses.

The results will aid the development of safer, lighter-weight and more cost-effective breathing equipment for firefighters and first responders. CBRN canisters weigh much less than the fire-rated breathing apparatus ensemble including a compressed air tank, mask, hoses, gauges and frame, Lutz explained.

In the meantime, “I’ve been contacted by fire departments from Arizona, Wisconsin, California, Texas and Oregon asking to talk with me about our results,” Lutz said.

For now, the safest procedure for firefighters is to use clean, compressed air from oxygen tanks protected to prevent over-pressurization or rapid depressurization while fighting an active fire and during overhaul, Lutz explained. “CBRN canisters are safer than nothing, but we’re worried about their potential limitations,” he said.

“It’s a great opportunity to work with experts on issues that are important to the whole community,” Duncan said. “It would be great in the future if we could develop something for the firefighters and fire investigators that could provide a high level of protection and be easier to wear than oxygen tanks.”

Lutz’s collaborators include Leaton Jones, a master’s student in Environmental and Occupational Health in the UA College of Public Health, and Jonathan Szalada, acting chief of the Technical Evaluation Branch of the National Personal Protective Technology Laboratory at the National Institute for Occupational Safety and Health, a branch of the Centers for Disease Control and Prevention. The study was funded by NIOSH.