COLUMBIA, Mo. – In a first study of its kind study, researchers have found that a common chemical consumers are exposed to several times a day may be altering insulin release. Results of the study, led by scientists at the University of Missouri, indicate that the Food and Drug Administration-approved “safe” daily exposure amount of BPA may be enough to have implications for the development of Type 2 diabetes and other metabolic diseases.

“Bisphenol A is an endocrine disrupting chemical that is used to manufacture thermal paper receipts, plastics and a wide range of consumer products,” said Frederick vom Saal, an endocrinologist and Curators’ Professor in the Division of Biological Sciences in the MU College of Arts and Science, and a co-author on the study. “Experiments with human and mouse pancreatic cells have revealed that low-dose exposure to BPA, in the presence of glucose, triggers an insulin response. We wanted to test the potential effects of BPA in humans to see whether it held true.” 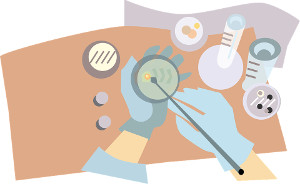 In both of the studies, subjects were orally administered a safe dose of BPA, which led to the same amount of BPA in their blood that customers might encounter by handling a cash register receipt; or, the same subjects received a placebo exposure for comparison. Insulin responses were then assessed through an oral glucose tolerance test in the first experiment or a hyperglycemic clamp in the second experiment. Results of both studies showed that BPA altered insulin release relative to the placebo exposure in the subjects. In animal studies repeated BPA exposure resulted in insulin resistance.

“This exploratory study needs to be replicated because it suggests that BPA exposure at a dose considered safe by U.S. regulators could alter glucose-stimulated insulin responses in humans,” vom Saal said. “Our study is an initial step toward investigating whether exposure to endocrine disrupting chemicals, such as BPA, contributes to insulin resistance and eventually Type 2 diabetes.”

The study, “Experimental BPA Exposure and Glucose-Stimulated Insulin Response in Adult Men and Women,” was published in the Journal of the Endocrine Society. R.W. Stahlhut with the University of Missouri also contributed to the study as first author. Funding was provided by The Passport Foundation and Environmental Health Sciences. The content is solely the responsibility of the authors and does not necessarily represent the official views of the funding agencies.