COLUMBUS, Ohio – When it comes to college education, men are falling behind by standing still.

The proportion of men receiving college degrees has stagnated, while women have thrived under the new economic and social realities in the United States and elsewhere, according to two sociologists who have written a new book on the subject.

“The world has changed around boys, and they have not adapted as well as girls,” said Claudia Buchmann, a professor of sociology at Ohio State University and co-author of The Rise of Women: The Growing Gender Gap in Education and What it Means for American Schools (Russell Sage Foundation, 2013).

Buchmann and co-author Thomas DiPrete, professor of sociology at Columbia University, spent more than a decade researching the education gender gap. They wanted to find out why women are now getting more college degrees than ever before, while the proportion of young men doing so hasn’t changed much in more than 50 years. 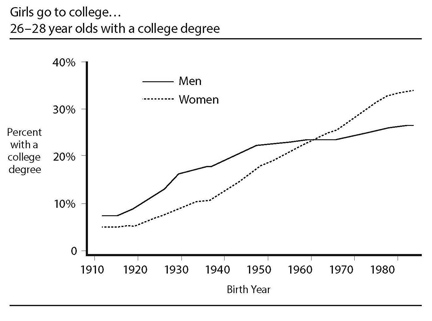 Some commentators blame schools and argue that schools have become too “feminized” and don’t support the way that boys learn. Some have asserted that single-sex education is the best way to help improve boys’ academic achievement.

But there’s little evidence to support these arguments, Buchmann said. 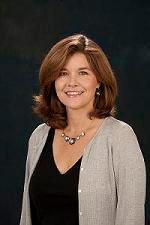 “Schools haven’t changed that much. Boys have long underachieved in school compared to girls, but it mattered less when they could get good blue-collar jobs without a college degree,” Buchmann said.

“In the last few decades, as those good blue-collar jobs have declined, that boys’ performance in school has become a bigger issue.”

Meanwhile, new job opportunities have opened for women in our society, giving girls the incentive to use their better academic skills to earn college degrees.

Boys’ underachievement compared to girls has nothing to do with intelligence. Study after study shows that boys and girls are very similar in terms of cognitive ability.

“But what is striking is that at every level of cognitive ability, boys are getting lower grades than girls. It is not about ability – it is about effort and engagement,” Buchmann said.

More girls than boys report that they like school and that good grades are important to them. They also study more than boys.

“Success in academics, like success in sports, requires time and effort. Because boys put forth less effort and are less engaged, they get lower grades and are less likely to get through college,” Buchmann said. 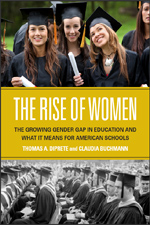 Some of boys’ underperformance is related to outdated views of masculinity that devalue hard work and effort in school, she said. This is particularly true for boys from blue-collar and lower-class families. Working class fathers may reinforce the idea that school is feminizing because, for them, masculinity is more about physical strength and manual labor than about getting good grades.

Many boys from middle-class families, whose fathers have managerial and white-collar jobs, often develop an “instrumental” approach to school, Buchmann said. Regardless of how much they like school, they have learned how to do well in school in order to get a well-paying job and achieve material success.

“For these boys, notions of what it means to be a man are much more in tune with what is required to be successful in today’s economy,” she said.

Buchmann said the best solution to the education gender gap is to focus efforts on the “middle third” of students – many of whom are boys – who have the ability to go to college, but who are not honing the academic skills they will need to successfully graduate. These are generally students who are getting mostly “B” grades in their classes, with a few “C”s.

The top third of students are those, mostly from white-collar families, who are already on track to successfully finish college, while the bottom third don’t have the resources and skills to realistically finish a four-year degree.

In order to reach these boys in the middle third, the answer isn’t single-sex classrooms, or making schools more “boy-friendly,” Buchmann said.

“This taps into those narrow notions of what boys and men are like. That is going to backfire,” she said.

“Instead, we need schools to expect high levels of effort and academic achievement of all students, including boys. Schools need to break down the gendered stereotypes that say that real men don’t work hard in school.”

Schools also need to do a better job of teaching students about the pathways through college to a good job. They need to make clear what kinds of grades students will need, and what kind of classes they need to take, to get the job they want to have.

This should start in elementary school, but should be especially emphasized in middle and high schools.

“Many boys say they expect to go to college, and many will enroll, but their expectations about what it will take to succeed are way off. They underestimate the work and effort they need to put forth,” she said.

In one survey, 65 percent of boys in 8th grade expected they would get at least a bachelor’s degree.

“Not even half of the boys who think they are going to get a college degree will actually do so,” Buchmann said.

“Those years from 7th to 12th grade are crucial for really learning good study skills, learning how to apply yourself to your studies, and how to stay motivated even when the schoolwork is not particularly fun.”

The good news is that the same changes that will help more boys achieve college success will help girls as well.

“This is not a zero-sum game,” Buchmann said. “Helping boys to succeed in school won’t hurt girls. It is all about closing the gender gap.”