The civil rights legislation of the 1960s, which sought to empower and strengthen the black community, now indirectly poses a threat to the group’s collective social, political and economic development, according to Theodore Davis, University of Delaware associate professor.

His new book, Black Politics Today, suggests that the rise of a new black middle class—one that is wealthier, better educated and not faced with the same limitations and restraints of their pre-civil rights predecessors—has created a rift in shared aspirations, social bonds and values within the black community.

“Different blacks have different agendas, and that has weakened the blacks as a political community,” Davis says. 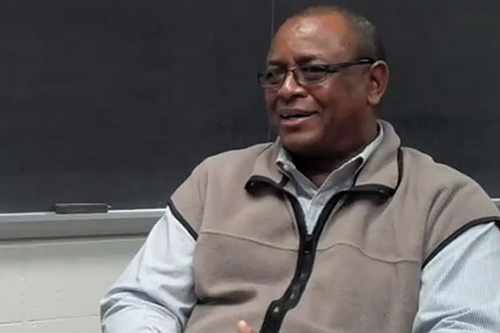 Growing socioeconomic divisions within the black community, he adds, have affected blacks’ ability to organize effectively to influence public policy.

The problem, he states, is not in the diversity of opinions or perspectives but, rather, in varying approaches to addressing and defining the issues that impact the larger black community.

His research traces three generations of black politics, with particular focus on the late 1980s to the present, a period he has dubbed, “the era of socioeconomic transition.”

This period, which has coincided with the rise of a new black middle class, is defined by an increase in the role that class is playing in black politics, even while race remains the dominant factor.

He compares it to family dynamics:

“We look united outside the house, but inside there is turmoil on the horizon.”