COLUMBIA, Mo. — Parents, teachers and psychologists know boys and girls behave differently. However, that difference isn’t taken into account by most methods used to assess the risk to children from chemical exposure, according to Cheryl Rosenfeld, associate professor of biomedical sciences in the University of Missouri’s Bond Life Sciences Center. A series of experiments by Rosenfeld studied the effects of prenatal exposure to bisphenol A (BPA) on later reproductive-associated behaviors using a socially and genetically monogamous rodent, the California mouse, which may better mirror most human societies than other rodents.

She observed harmful alterations to behaviors that affect the likelihood of successfully attracting a mate and reproducing. However, developmental exposure to BPA altered the behaviors of males differently than females. In females, BPA reduced exploratory behavior that is essential for them to forage to provide nutritional support to her offspring. In contrast, California mice males exposed to BPA demonstrated reduced territorial marking, which is essential for them to defend a home range and their mate. Rosenfeld suggests that these animal findings might provide a framework to guide human risk assessment studies in the sense that such studies may need to consider that pre- and post-natal exposure to BPA might differentially impact boys’ versus girls’ behaviors. 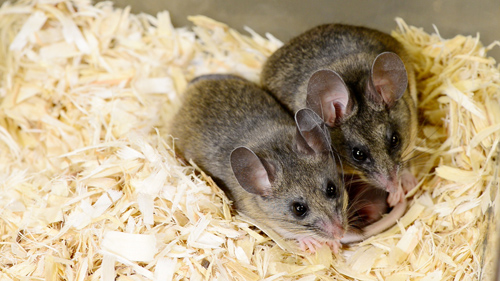 The American public comes into daily contact with the chemical bisphenol A (BPA) as it is present in a wide assortment of products, including some types of paper receipts, plastic containers and canned goods, including beer and soda cans. The concern of many scientists is that the chemical can mimic the effect of female hormones in the human body. Studies looking for behavioral effects of BPA in children often focus on expression of general behaviors, such as aggression, anxiety or other traits, but more refined assessments are needed for boys versus girls, according to Rosenfeld. 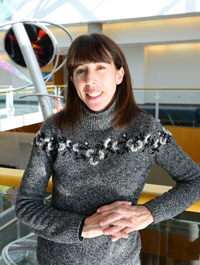 Cheryl Rosenfeld, associate professor of biomedical sciences in the University of Missouri’s Bond Life Sciences Center. A series of experiments by Rosenfeld studied the effects of prenatal exposure to bisphenol A (BPA) on later reproductive-associated behaviors using a socially and genetically monogamous rodent, the California mouse, which may better mirror most human societies than other rodents. Image credit: University of Missouri

“We use animal models to provide informative decisions about our own health and the risks associated with BPA,” Rosenfeld said. “What we have observed in those models is that BPA affects male rodents differently than females. Risk assessment studies examining the impacts of BPA in humans could be more accurate if they took sex into account when monitoring for changes in children’s behavioral patterns.”

Rosenfeld’s most recent study observed the influence of prenatal BPA exposure on California mice, whereas earlier studies had used deer mice. The two rodent species have contrasting mating behaviors. California mice are monogamous, as opposed to the polygamous deer mice. Although BPA affected the California mice differently than the deer mice, both rodent species’ behaviors were altered in ways that would decrease their ability to successfully mate and pass on their genes to future generations. Since two species of rodents with different mating patterns were both affected, it suggests that BPA disrupts essential reproductive-associated behaviors that are species- and sex-specific.

The study, “Effects of Developmental Bisphenol A Exposure on Reproductive-Related Behaviors in California Mice (Peromyscus californicus): A Monogamous Animal Model” was published in PLOS ONE. The study can be viewed at: https://www.plosone.org/article/info%3Adoi%2F10.1371%2Fjournal.pone.0055698 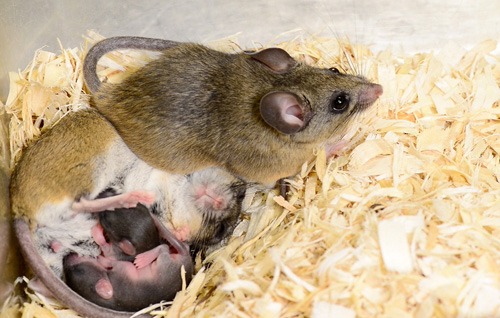