*Three members of Bing’s social search team chat with Microsoft News Center about working in the exciting technological frontier of search – and what they do when they’re not hard at work.*

MOUNTAIN VIEW, Calif. – Sean Suchter’s last name is a misspelling of the German word for searcher, which has to be one of the greater aptronyms in the technology industry.

Suchter heads up Bing’s social search team on Microsoft’s Silicon Valley Campus, where he relishes his job as a frontiersmen in the field of search, particularly social search.

“There’s a lot of innovation in this space,” Suchter says. “There are startups here and there, and Google’s got their own effort, and Facebook’s got some big things going on too, but the exciting part about what we’re doing is that we actually have the ability to put it all together.”

Social search adds a layer to traditional search by using data from users’ social networks to enhance the Bing experience. This lets users find not only what they’re looking for, but view related information from their family, friends, coworkers and contacts, whether it’s liking the same band, eating at a restaurant or booking a trip. 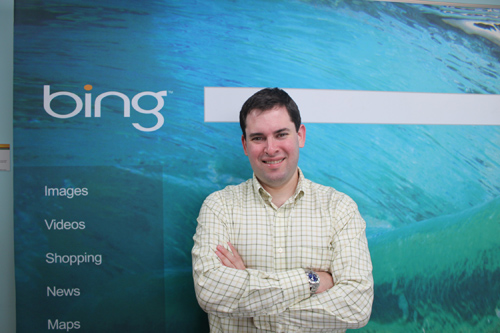 Sean Suchter leads the Bing social search team on Microsoft's Silicon Valley campus and loves that the still-emerging field of search has "every hard problem in computing." Image credit: Microsoft

As a still-emerging and ever-evolving technology, the field of search has “every hard problem in computing,” Suchter says.

It’s massive in scale, has complicated user interface design, low latency, and machine learning, and a lot of factors go into tackling these things.

“It’s basically got every challenge except high complexity computer graphics, but with Bing’s rich visuals and animations, we’re getting there too,” Suchter says. “I lucked out getting into social search, this area that is pretty much the big thing going on.”

Microsoft News Center (MNC) recently sat down for a conversation with Suchter and two of his team members, Tim Harrington and Paul Yiu, to talk Bing, social search and life in general. 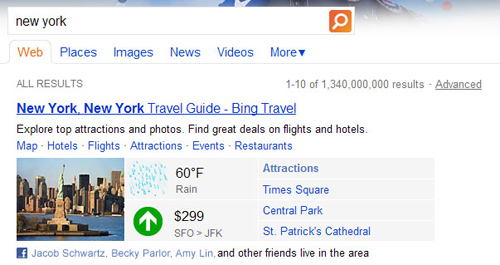 With Bing social search, you can see your friends' Facebook likes, search for a city and see which of your friends live there, or ask friends for advice while you shop. Image credit: Microsoft

When people call Suchter a geek, he unabashedly and happily accepts the compliment. Apart from search, he delights in spending time with his wife, son and daughter, a kindergartner who is learning Mandarin. He also loves building things – bridges, bird houses, human houses – anything that “creates something from nothing.”

Harrington, a senior software development engineer, helps develop social search features by day and by night switches gears to a more analog lifestyle – hiking, hanging out with friends, skiing. His wife is a ballet dancer in San Diego, so every third weekend he flies to visit her.

Yiu, a program manager, is the crackup of the group – perhaps in part because he learned English primarily by watching American sitcoms. He loves spending time with his wife and child, entertaining friends at home, and has an analogy for just about any situation.

MNC: How would you explain Bing’s social search features?

Suchter: There are more humans publishing content in social media than there are publishing Web pages, and this is a sea change. If you’re going to search, and you’re going to type something into that magic box to find whatever it is you’re looking for, it’s not just about finding information, it’s about connecting to people. That’s what our goal is.

Yiu: I compare the difference between search and social search to “Knight Rider” and “Buffy the Vampire Slayer.” Knight Rider is one man and one machine doing stuff – and doing a decent job. But Buffy had a bunch of friends that helped her. Social search is more like that – where your friends help you with what you’re doing on the Web, whether it’s where to eat or where to stay in Tuscany.

MNC: What do you think social search can accomplish?

Harrington: Search is a frontier, but in particular social search is a frontier. It’s the most cutting edge thing on the Internet right now. It’s understood how to do traditional Web search – there’s lots more work to do, but it’s a game of inches. What’s not solved is harnessing social content to better understand a person’s query intent. That represents a huge potential. We can take search to the next level using our social media integration. 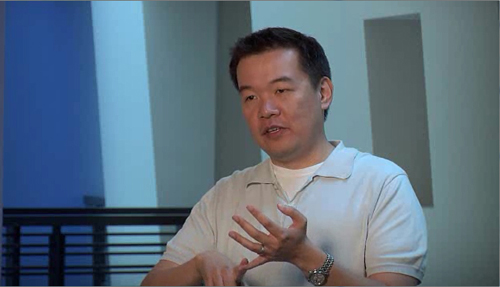 Yiu: It’s basically making search less lonely. At the end of the day we are trying to bring our friends with us.

MNC: How do you feel about working at Bing, and about the search engine’s place in the market?

Harrington: We’re still building our system and it’s really awesome. It feels like a startup – it’s an exciting place to be.

MNC: How did you find your way to search?

Suchter: I was kind of bummed out when I graduated and was looking for jobs. I thought, “Man, I missed out on all of the interesting things in computing.” I wasn’t doing stuff in the 60s when the fundamentals of computer hardware were invented, and I missed out on the 70s when they figured out core operating systems, and in the 80s they invented databases and everyone figured out how to build stuff with that really exciting building block, and then in the 90s as the Internet happened, I thought, “Huh. All the interesting problems are all done.” I didn’t realize how much I lucked out finding search. I see it as the defining field for the next many years that is changing the way people can interact with computers. 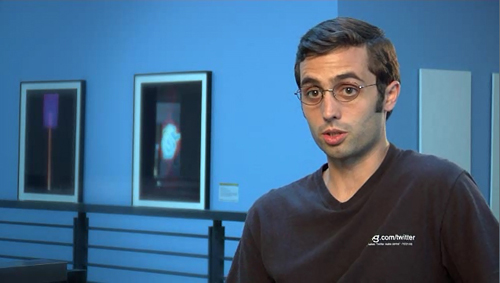 Tim Harrington, a senior software development engineer for Bing social, has an extensive collection of plants on his patio and is married to a San Diego ballet dancer. Image credit: Microsoft

Harrington: I was really attracted to Web search because it represents a frontier in software engineering that is just now being explored. Having cool engineering problems to solve using computers is my dream.

MNC: Do you ever wish you had a super power?

Yiu: Super empathy. I just finished reading this book called, “Getting More.” It’s about getting more not just for myself but for other people. One of the main ways to get more is to put yourself in someone else’s shoes.

Harrington: I was going to say something like flying, but man – now I have to think of something smarter.

MNC: Do you have any strong dislikes?

Suchter: I don’t like when people don’t have enough empathy. When they can’t see where somebody else is coming from. That causes all kinds of badness in the world and in the workplace. I also don’t like being hungry.

MNC: What is one thing you’re really good at outside of work?

Suchter: Outside of work, I’m always building something – things around my house, my own personal little bits of software and hardware … once in college I took a class to learn to build a bridge for a party. My wife and I are also serial remodelers of the homes we live in. Anything where I’m creating something that didn’t exist before – that’s my thing.

Yiu: I can draw analogies to either “Three’s Company” or “Cheers” for any situation.

Yiu: I moved to the United States in 1983 and learned English by watching “Three’s Company.” I know every episode. I filter a lot of it out for other people, but in my head I’ll be thinking, “That’s just like when Jack Tripper did this,” or “That’s just like the episode where Cliff Claven wanted to go to Florida.”

Harrington: I like plants. I have 150 cacti and succulents at my apartment. I have this giant back porch and it’s this awesome garden with all of these exotic plants. It’s one of the ways I decompress after work.

MNC: Do you ever talk to them?

Harrington: No, I’m too empirical to do something like that.

MNC: What kind of music did you most recently play in your car?

Harrington: I have a CD of MP3s, mostly electronica music.

Yiu: You know that group The Carpenters? It’s a remake of a bunch of Carpenters songs by bands like Sonic Youth and the Cranberries that are new and hip.

Suchter: I think in my car right now I’ve got stuff from Pink, a Maroon 5 CD, some Christina Aguilera… ever since college, I’ve liked the category of music… I think it would be called single female vocalists.

MNC: That’s mighty specific of you.

Suchter: I’m a search guy, I categorize everything!