*REDU, a new Bing-powered website focusing on education, will help parents, teachers, students and education advocates learn more about the state of education, have conversations about education and take action to bring about change.*

REDMOND, Wash. — Sept. 8, 2010 — When it comes to education, more is more. That’s the idea behind REDU, a new Bing-powered education emporium that gives students, parents, teachers and people in general a place to learn, talk and take action.

The new site provides links to current events and issues, a forum for discussion, and ways for people to take action as the United States tries to remodel its approach to education, says Cameron Evans, Microsoft’s U.S. Education chief technology officer.

Education in the country is at an impasse, Evans says, and discussion around educational issues has reached a crescendo, whether it’s about teacher quality, lack of school funding, or academic performance.

“These aren’t problems that can be solved in one administrative term or election cycle, and it’s overwhelming for one corporation, political party, or community organization to think about alone,” Evans says. “The focus of REDU is to take these voices and put them together to bring about change.”

About the image: The REDU website will help parents, teachers, students and education advocates take action to bring about change. Image credit: Microsoft

Along with presenting key information and encouraging dialogue, REDU has tools and resources to help people take action, whether that’s donating money to local classroom projects or finding out how to become a teacher in their state, explains Adam Sohn, a senior director of online services at Microsoft.

“There’s a lot going on but there isn’t one place where people can come and participate in a discussion,” Sohn says. “REDU is a good way for us to help people participate in one of the most important conversations that will happen in America over the next decade.”

REDU is just one of Bing’s education-related programs. Earlier this year, Bing asked people to share stories about great teachers who made a difference, and Bing made donations to classrooms around the country in those teachers’ honor.

“We saw an incredible response to that from our customers,” Sohn says. “Education is quickly becoming a thing that Bing is rallying around, and REDU is a piece of that puzzle.” 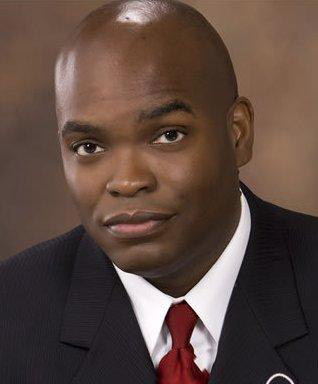 This year, education is a major focus of the company’s citizenship work as Microsoft continues to try to galvanize parents, students, teachers and the community at large on education-related topics.

Like Microsoft’s other educational endeavors, REDU will be an ongoing focus of conversation and resources “until the transformation of education is complete,” Evans says. “When today’s third-graders graduate in 10 years, it needs to be from a fundamentally different school system than we have now.”

“Beyond our company’s DNA and the cultural heritage of Microsoft, we were all students who were inspired by teachers, and many of us are parents with kids in school right now,” says Sohn. “This is an issue that we feel should not be viewed from afar.”

Combine Microsoft’s heritage with Bing’s mission to empower people with knowledge and connect people to the world via search, and creating an online education emporium like REDU is a natural choice for Microsoft, Sohn says. “We want to do well and at the same time do good,” he says. “We hope 20 to 30 years from now we’ll look back and the nation will commemorate this as the moment where we woke up and realized that every kid deserves a great education, and it’s time for us to come together as a nation and make sure we can deliver on that.”