Big data and how to use it

In the era of big data come big questions about how to use it. These questions and more were the backdrop of the recent Consumer Analytics and Industry Applications conference, put on by the University of Delaware’s Institute for Financial Services Analytics (IFSA).

“We are living in a big data world,” said IFSA director and professor of business administration, Bintong Chen. The institute is a collaboration between UD’s Alfred Lerner College of Business and Economics, the College of Engineering and JPMorgan Chase.

The motivation behind IFSA’s second annual conference was to bring academic and industry minds together for discussion about how to turn massive tomes of digital information into actionable strategies for marketing, streamlining business and serving consumers. 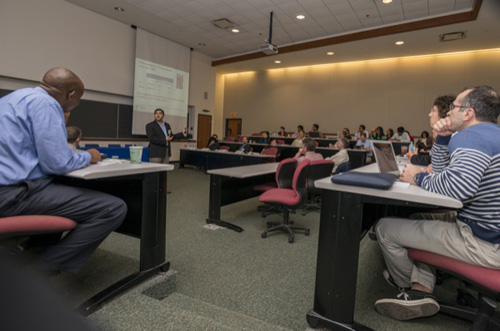 A conference at the University of Delaware brought industry and academic minds together for a discussion of the power and utility of big data. Photo by Kathy F. Atkinson

Riordan, a chemist recently elected a fellow of the American Association for the Advancement of Science, noted how applicable the field is to many different disciplines and how powerful it can be.

For instance, big data allowed for the sequencing of the human genome. It was a project that came in $300 million under budget and was completed two years earlier than expected. Sequencing is now vastly cheaper than it once was thanks to the wealth of data available and the technology inspired by it.

It allowed Nate Silver to predict the outcome of the 2012 presidential election, showing the world that big data is not magic, it’s science.

But with opportunities also come challenges.

“Data is one of the biggest challenges we have in front of us today,” said Courtney Smith Goodrich, chief operating officer of IT risk and security management at JPMorgan Chase. 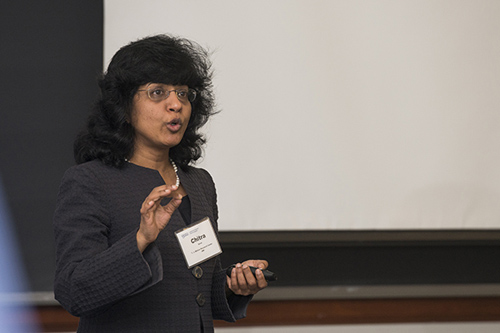 At places like JPMorgan Chase, Van Hulse said, big data is making better decisions, based on real-time data, possible. It is also allowing the bank to balance the cost-to-benefit equation. The company can use data to decide how much cash to keep in each of its 19,000 ATMs across the country. When customers request it, it’s there, but the company doesn’t have to maintain a large supply of non-asset-earning cash in the machines.

IBM’s Dorai spoke of how digitization — the same reality that has allowed for the generation of big data — has changed the customer experience and role. She cited a company study, the Customer-Activated Enterprise Study, which drew on decades of research and more than 20,000 interviews.

“Digitization has given customers more clout and transformed their expectations,” she said. “The customer has become a stakeholder.” 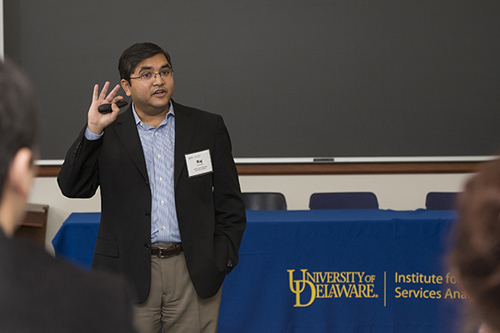 At IBM’s mortgage division, the company is using this notion of the customer experience to better understand those at risk for defaulting on home loans and how to reach out to them. It has saved the company $47 million in credit losses over 27 months.

“We can differentiate defaulters from people truly experiencing hardship,” Dorai said, because it enables the company to steer borrowers to the right solution, whether it be liquidation or short sale.

In a change of pace, Vekatesan captivated the audience with stories of Hannah Montana, Starbucks, Target and big pharma. His focus was on customers and the myths big data has been able to shatter.

Through his examples, he showed that marketing is a variable cost and companies that use data properly can adapt their marketing to be more effective in real-time.

He showed how coupons can be brand builders, how loyalty programs can be used to increase customer retention rather than lose them to competition and he showed that soft metrics — like demographics and customer feelings — can be valuable for predicting customer value. 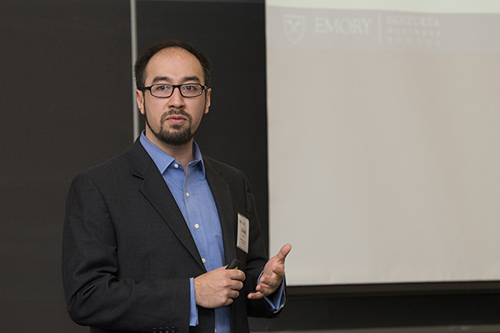 David Schweidel: How much is too much? Photo by Kathy F. Atkinson

Emory’s Schweidel also touched on some of these themes, discussing customer value and targeted marketing to direct resource allocation. Not all customers are created equal, he said.

He also ventured into discussion of social media and led an engaging discussion on “how much was too much.” Someone in the audience wondered whether a bubble has been reached; will customers continue to accept having so much of their data available in the public sphere?

A panel discussion following the talks reinforced many of these themes.

What emerged seemed to be several ideas, including the fact that most people have a hard time defining what constitutes big data. No final consensus was reached Friday, but the presenters indisputably arrived at the conclusion that just gathering information is not enough.

Van Hulse called it the analytical sandbox. Not only is it important to gather the right data, but once it’s in hand, insights must be extracted, turned into business strategy and deployed.

The right tools are important. So are the right people.

Wendy Wen, a business analyst in UD’s Small Business Development Center and a member of the audience, asked the panel how businesses could learn to spot the right talent in this new era, where a range of skills are necessary, from programming to management and business sense.

The panel debated her question and Wen left satisfied and enthused by the conference.

“It was very, very helpful,” she said. “The insights echo what I see in the small business community.”

Second-year graduate student in management and information systems, Pratap Manyam, also thought the conference was helpful. He had questions that were answered over the course of the morning, and even made decisions about what courses to take after running into a professor.

Manyam plans to pursue data analytics in the banking and finance industry. He feels confident his education at UD is preparing him to be one of those people with the right talent.

Friday’s event was the second-annual IFSA conference and Chen couldn’t have been happier with the day, though he noted it will not start early on a Friday morning again. The day began at 8:30 a.m.

“It was perfect,” he said, “even better than last year. It was more balanced between industry and academics.”