Bartenders May Have Role in Assisting Troubled War Veterans

COLUMBUS, Ohio – For troubled war veterans, a friendly bartender can be the source of more than just drinks and a sympathetic ear.

A pilot study suggests that some bartenders may be in a good position to identify veterans in need of mental health services and help connect them to the appropriate agency.

The results showed that bartenders felt very close to their customers and that these customers shared their problems freely with them, said Keith Anderson, lead author of the study and assistant professor of social work at Ohio State.

“Many of the bartenders said that their customers were very much like family,” Anderson said.

“Given the closeness of the relationships, these bartenders are in a really great position to help these veterans – if they are given the right training and the right tools.”

Journal of Military and Veterans’ Health. 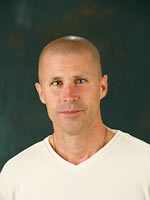 Anderson conducted the study with Jeffrey Maile and Lynette Fisher, former undergraduate students at Ohio State.  The study appears in the current issue of the

Of the bartenders surveyed, 73 percent said their role with their customers was “like family.”  And about 70 percent of the bartenders said that the veterans they interacted with “always” or “often” shared their problems with them.

Encouragingly, 80 percent of the bartenders said they would be willing to refer veterans to services at the U.S. Department of Veterans Affairs.

These results show why bartenders may be especially well-suited to help troubled veterans, Anderson said.

“We need to find the veterans where they are.  Many of them may not be willing to go to a VA clinic to seek out help on their own.  The VFW bartenders may be one of our best chances to reach some of these veterans,” he said.

In addition, Anderson said he suspects that these bartenders may actually know more than anyone else about the problems of some veterans.

“Some veterans will tell things to bartenders that they wouldn’t even tell their spouses or family,” he said.

“And bartenders can probably say things to the veterans that a spouse would be reluctant to say – like ‘I think you need to get some professional help.’”

That doesn’t mean that VFW bartenders should be practicing therapy or be expected to be mental health counselors, Anderson emphasized.

But about 60 percent said they would be interested in additional training on how to spot physical and mental health problems in their customers, if the training was offered through the VFW.

Anderson said he has contacted the national VFW headquarters to see if he and his colleagues can put together a brief online training program for their bartenders.  Such a program would teach bartenders the symptoms of mental health problems, the resources available to veterans, and techniques for referring veterans to services in a way that does not alienate them.

Anderson said he suspects some people will be concerned about any program that addresses mental health issues in an environment where alcohol is served.  But he said it is appropriate to have bartenders offer assistance.

“If the person who needs help is at a bar, that is where the outreach has to occur,” Anderson said.  “It doesn’t make any sense to discard bartenders as potential helpers just because they are serving alcohol.”