New research has revealed a significant gap between what the government claims are the biggest security threats facing the UK and the fears of the population.

Terrorism is not perceived as the most important threat to everyday life despite claims by policy makers.

Politics researchers at the Universities of Exeter and Warwick led detailed focus groups across the UK and conducted a nationwide survey as part of an Economic and Social Research Council (ESRC) funded project which looked at public attitudes towards security threats. 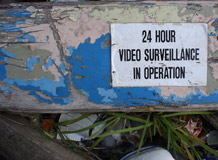 Since 2005, key objectives of successive British governments have been to reassure the public, to heighten collective levels of security, and to reduce feelings of being threatened. Spending on national security has tripled to more than £3.5 billion since 2001. Yet despite this, little is known about the real fears of ordinary people.This project used focus groups and an internet survey to identify whether people agree with, or are even aware of, the government’s attempts to make them feel more secure and whether these attempts have any impact.

Dr Nick Vaughan-Williams from the University of Warwick said:“Focus groups told us that they understand ‘security’ to be first and foremost about physical threats to personal safety. Respondents rarely talked about security threats in national terms and most disagreed with the government’s priorities in the ‘National Security Strategy’. In particular, terrorism was not perceived to be a significant threat to individuals, families, and communities. Interviewees were more concerned about social disorder, Islamaphobia, the far right, and UK foreign policy – issues not commonly thought of as security threats in academic and policy making circles.” The UK government usually view security threats in a national context, whereas respondents tended not to think in these terms unless prompted to do so.

The survey research found that people tend to perceive security threats across a range of different levels: global, national, community, family and individual. Rarely was there one overriding threat, such as the global threat of terrorism, as the public identified multiple threats at the same time. The single biggest threat identified at all levels—global, national, community, family and individual—was the economic crisis, with 17% of respondents, with only 3% of respondents citing terrorism as a threat at all different levels.

The online survey and focus groups gauged the views of a diverse sample of social, multi ethnic and religious backgrounds. It showed that people who see more national threats tend to be more intolerant of minorities and have a stronger white identity, while people who perceive threats as global are more tolerant of minorities and have a weaker white identity. These differences extend to policy preferences, where more global threats appear to favour solutions such as international aid over straightforward security policies, whereas perceptions of more national threats led to a preference for enhanced security measures.

Dr Daniel Stevens from the University of Exeter explained:”There has been an assumption that “threat is threat” and that feeling threatened has a host of effects on political attitudes such as making people less tolerant, more aggressive, and more likely to stereotype groups. But our research suggests this is not the case: people who see more threats to the world actually appear to be more tolerant and less likely to stereotype. This suggests that identifying threats beyond national borders – although they are still threats – reflects a different political outlook and therefore has different consequences.

“Overall, the research highlights multiple insecurities and implies the need for new ways of thinking about ‘national security in policy and practice.”