COLUMBIA, Mo. – Professional athletes in the National Basketball Association and Major League Baseball can reap very large financial rewards, especially if their performance peaks during their “contract year,” or the last season before an athlete signs a new contract or becomes a free agent. Often, when these athletes perform well during the contract year, they receive huge raises and added benefits. Thus, sports pundits have long discussed a possible “contract year effect,” where player performance artificially tops out during contract years. However, the effect has seldom been tested or studied scientifically. Now, researchers at the University of Missouri have determined that the contract year performance boost is real, but they caution team managers and coaches that it might be followed by a post-contract performance crash—a two-year pattern they call the “contract year syndrome.” 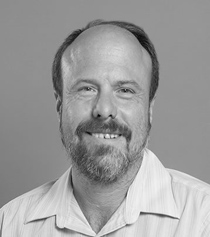 Kennon Sheldon. Sheldon and researchers determined that the contract year performance boost is real, and they caution team managers and coaches that the boost might be followed by a performance crash. Image credit: University of Missouri

Sheldon and collaborator Mark White, an undergraduate student in the Department of Psychological Sciences, found that professional athletes did perform better in some ways in a contract year, but this was almost always followed by a slump in performance in the season after the contract was signed—a slump that even dropped them below their pre-contract year baseline.

“We tested whether or not there was a bump in an athlete’s performance during the contract year and found that to be true for some scoring statistics,” Sheldon said. “We also found a lingering negative impact. In this case, there was a general drop-off in performance after contracts were signed. This holds true for both NBA and MLB players and follows the patterns found in past laboratory research. Armed with this information, owners and general managers could perhaps tie large raises to contingencies that require the athlete to maintain the same productivity in the future instead of slacking off.  Or at least, fans could be prepared to expect a let-down in the performance of their team’s star who just re-signed.”

Sheldon claims that contract year syndrome analysis provides a new type of support for self-determination theory, an important motivation theory that focuses on internal sources of motivation, and suggests that the same model could be applied elsewhere. For example, researchers could compare post-college athletic involvement of scholarship and non-scholarship athletes.

The study, “The contract year syndrome in the NBA and MLB: a classic undermining pattern,” was co-written by Mark H. White, an undergraduate psychology major in the Department of Psychological Sciences, and was published in the journal Motivation and Emotion.