Apple is ahead of the rest

The world of technologies doesn’t cease to surprise. This time we have an innovation from Apple. It should seem, there only was a fuss about the new iPhone 5, and now we have the news about the brand-new iPhone 5S. Is there a big difference between these two models and how many people are going to buy the latest one?

In the year 2007 Steve Jobs made a sensation when presented to the world his invention – a small device with lots of functions and capabilities, not a simple phone but it seemed a small computer with exception for particular functions. It was a furor, not to say more. The innovation had a great success among the consumers, and the inventors gave birth to the next models making better the functions of the iPhone and some of its applications. 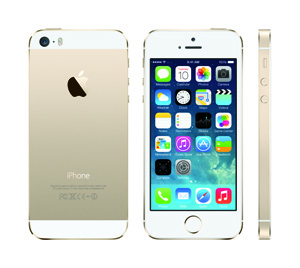 The last model that was presented with the presence of Steve Jobs was the model of iPhone 4S. As we know, the main founder of Apple Inc. has died of cancer in 2011. Still, the innovations connected with the release of the new models of iPhone have not stopped. They say, Steve Jobs took part in the working out the iPhone 5, that’s for sure. But the newest model of iPhone 5S was designed after his death.

So, the fans of the iPhone are confused now: whether this model will be as good as those, worked out by Jobs. Many people did not see a big difference between the models 4S and 5, there only the appearance of it has changed in some way. Now there are debates concerning the two latest models.

Moreover, the series of the iPhone’5’s fills up one more model, 5C. What is curious, the iPhone 5C is a cheaper one. ‘C’ means ‘colorful’, as the smart phone has a colorful framing, what will be interesting for young audience.

Improved accumulators, camera, Internet capabilities, the material of the framing are the main changes in the new models of iPhone. Of course, one cannot but admit the design and bright colors of the smart phones. These two latest models are pronounced to make even a bigger sensation among the customers, the producers of the iPhone are afraid of the fast realization of the smart phones. The model iPhone 5 is not that popular than these two models.

So, the Apple continues to make innovations making their customers get nervous about the new models of iPhones. The owners of the earlier released models are now sad, as they did not expect such a rush about the innovations of their favorite smart phones. Those who have just bought the model iPhone 5, perhaps have already regretted and want another, more refined and attractive smart phone.

Doubtless, Apple makes great innovations, but why there’s such a rush about releasing all the models one by one? Keep the intrigue! We know you do your best to impress us. And now, while every fan of Apple is looking forward to the new models to release, there’s a question – is there iPhone 6 waiting to make the world go crazy about it?

*About the author: Paul Smith works at https://coolcustomessay.com/. He is fond of traveling, cars and new experience. He likes to meet new people and always make friends with them. Contact with Paul at Google+