Anthropologist: Japan Will Rise Above This Disaster

“Japan will recover from the catastrophe that has hit its shores,” says Bernard Bernier, director of the Université de Montréal Department of Anthropology. “This will not be a turning point in the country’s history.”

“I don’t want to underestimate the repercussions of the drama that has unfolded in the affected communities,” says Bernier. “In addition to the dead and the wounded, 300,000 people are now homeless. And the national economy is greatly indebted, which will make it that much more difficult to finance reconstruction projects. But the country has rolled up its sleeves before.”

Bernier has been in regular contact with an ex-student, Daniel Desmarais, who has lived in Japan for 30 years. Desmarais told Bernier that in his village, about 150 kilometers away from the disaster zone, the water supply had not been affected and the electricity was only lost for a very short period of time. The major concern is regarding the potential radioactive contamination of local fruits and vegetables.

“The Japanese people are very accepting of the forces of nature. It isn’t resignation but rather veneration for what is happening,” says Bernier. “That is why the tsunami will not change how they see the world.”

Bernier says the reconstruction process could be surprising. He’s witnessed villagers build a house in just two weeks. And Hiroshima, obliterated in World War Two, is today a model of urbanism.

In the news, people seem disciplined and stoic. “Japanese rarely display emotion publicly. But the situation is quite different behind closed doors,” says Bernier. “When I lived in Japan in the 1960s, people in my village were quite extraverted. They told the crudest jokes!” 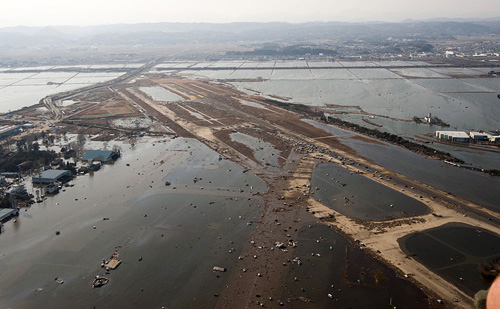 Bernier is the author of Capitalisme, société et culture au Japon (1988), and the winner of the ACFAS 2010 Marcel-Vincent prize. His recent work addressed the Japanese employment model known for lifetime employment, rigorous discipline and reverence of managers. “This reality only affects about 30 percent of the male workforce,” says Bernier. “And it’s a recent post-war phenomenon. This approach, inspired by the military model, was to compensate for low productivity. It was well established in many large businesses but is now declining.”