American devotion to religion is waning, according to new study

The study published in the American Journal of Sociology shows a drop in the number of Americans who claim religious affiliations, attend church regularly and believe in God. It also finds that these drops are driven by generational differences. 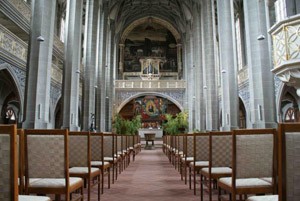 American devotion to religion is waning, according to new study

Professor David Voas (UCL Institute of Education) said: “These declines aren’t happening fast, but the signs are now unmistakable. It has become clear that American religiosity has been declining for decades, and the decline is driven by the same dynamic of generational change that has driven religious decline across the developed world.”

The study examined US data from the General Social Survey (GSS), which is conducted every two years, and compared it with similarly broad data from Great Britain, Canada, Australia and New Zealand. The results show that people have slowly become less religious over time.

According to the study, 68% Americans aged 65 and over said they had no doubt God existed compared to 45% of young adults, aged 18-30. 41% of people 70 and older said they attend church services at least once a month, compared to 18% of people 60 and below.

Professor Mark Chaves (Duke University), the study’s other author, said: “The US decline has been so gradual that until recently scientists haven’t had enough data to be sure the trend was real. The US has long been considered an exception to the modern claim that religion is declining, but if you look at the trajectory, and the generational dynamic that is producing the trajectory, we may not be an exception after all.”