A young Picasso or Beethoven could be the next Edison

Good news for parents: Those piano lessons or random toy parts littering your floors may one day lead to the next scientific breakthrough.

In the study, which is published in the most recent edition of the journal Economic Development Quarterly, the researchers defined “childhood” as up to 14 years old.

The team of multidisciplinary researchers studied a group of MSU Honors College graduates from 1990 to 1995 who majored in science, technology, engineering or mathematics, or STEM. They found of that group, those who own businesses or patents received up to eight times more exposure to the arts as children than the general public.

“The most interesting finding was the importance of sustained participation in those activities,” said Rex LaMore, director of MSU’s Center for Community and Economic Development. “If you started as a young child and continued in your adult years, you’re more likely to be an inventor as measured by the number of patents generated, businesses formed or articles published. And that was something we were surprised to discover.” 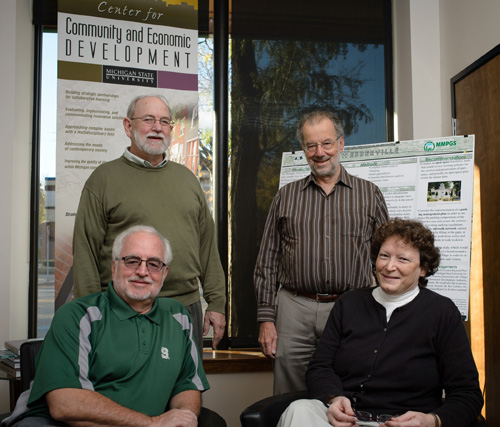 MSU researchers have found a link between childhood participation in arts and crafts activities to patents and businesses owned in adulthood. Back row: James Lawton (left) and John Schweitzer. Front row: Rex LaMore and Eileen Roraback. Photo by G.L. Kohuth

“The skills you learn from taking things apart and putting them back together translate into how you look at a product and how it can be improved,” said Eileen Roraback, of MSU’s Center for Integrative Studies in the Arts and Humanities. “And there’s creative writing. In our study, a biologist working in the cancer field, who created a business, said her writing skills helped her to write business plans and win competitions.” 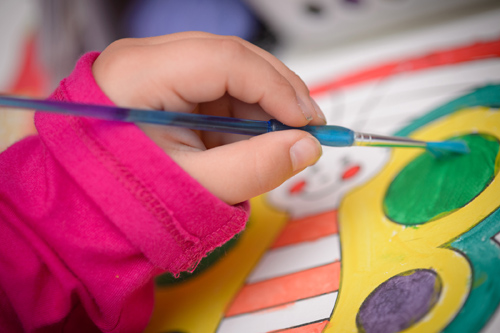 A child who paints has a greater chance of owning a patent or business when he or she grows up, according to new Michigan State University research. Photo by G.L. Kohuth

The results of the study could be crucial to rebuilding the U.S. economy, the researchers said.

“Inventors are more likely to create high-growth, high-paying jobs in our state, and that’s the kind of target we think we should be looking for,” LaMore said. “So we better think about how we support artistic capacity, as well as science and math activity, so that we have these outcomes.”