A decline in creativity? It depends on how you look

Research in recent years has suggested that young Americans might be less creative now than in decades past, even while their intelligence — as measured by IQ tests — continues to rise.

But new research from the University of Washington Information School and Harvard University, closely studying 20 years of student creative writing and visual artworks, hints that the dynamics of creativity may not break down as simply as that.

Instead, it may be that some aspects of creativity — such as those employed in visual arts — are gently rising over the years, while other aspects, such as the nuances of creative writing, could be declining.

The paper will be published in Creativity Research Journal in January 2014. The lead author is Emily Weinstein, a doctoral student in the Harvard Graduate School of Education.

Katie Davis, UW assistant professor, and fellow researchers studied 354 examples of visual art and 50 examples of creative writing by teenagers published between 1990 and 2011. The question they pursued, Davis said, was “How have the style, content and form of adolescents’ art-making and creative writing changed over the last 20 years?”

The artwork came from a monthly magazine for teens, the writing from a similar annual publication featuring student fiction. The researchers analyzed and coded the works, blind as to year, looking for trends over that time. 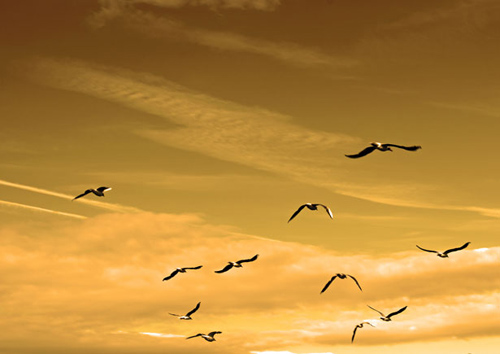 The review of student visual art showed an increase in the sophistication and complexity both in the designs and the subject matter over the years. The pieces, Davis said, seemed “more finished, and fuller, with backgrounds more fully rendered, suggesting greater complexity.” Standard pen-and-ink illustrations grew less common over the period studied, while a broader range of mixed media work was represented.

Conversely, the review of student writing showed the young authors adhering more to “conventional writing practices” and a trend toward less play with genre, more mundane narratives and simpler language over the two decades studied.

Still, Davis said, it’s too simple to just say creativity increased in one area and decreased in another over the years.

“There really isn’t a standard set of agreed-upon criteria to measure something as complex and subjective as creativity,” she said. “But there are markers of creativity — like complexity and risk-taking and breaking away from the standard mold — that appear to have changed.”

The researchers also note that the period of study was a time of great innovation in digital art, with new tools for creative production and boundless examples of fine art a mere click or two away, serving to inform and inspire the students in their own work.

Davis said that while previous research has typically studied creativity in a lab setting, this work examined student creative work in a more “naturalistic” setting, where it is found in everyday life.

She added that with data from such a naturalistic setting, researchers cede a degree of control over the characteristics of the sample being studied, and the findings cannot safely be generalized to all American youth.

“It remains an open question as to whether the entire U.S. has seen a decline in literary creativity and a parallel increase in visual creativity among its youth over the last 20 years,” Davis said. “Because society — indeed any society — depends on the creativity of its citizens to flourish, this is a question that warrants serious attention in future creativity research.”

The paper’s other co-authors are Zachary Clark and Donna DiBartolomeo, former graduate students at Harvard.

The findings are also discussed in Davis’ recent book with Howard Gardner, “The App Generation.” The research was funded by the James and Judith K. Dimon Foundation.