A constitutional right to health care

UCLA-led study shows that many countries have it, but not the U.S.

Uruguay has it. So does Latvia, and Senegal. In fact, more than half of the world’s countries have some degree of a guaranteed, specific right to public health and medical care for their citizens written into their national constitutions.

The United States is one of 86 countries whose constitutions do not guarantee their citizens any kind of health protection. That’s the finding of a new study from the UCLA Fielding School of Public Health that examined the level and scope of constitutional protection of specific rights to public health and medical care, as well as the broad right to health.

The study examined the constitutions of all United Nations member states and found the results to be mixed, despite the fact that all U.N. members have universally recognized the right to health, which is written into the original foundational document establishing the international body in 1948.The researchers reviewed the constitutions of all the member states as amended to two points in time: August 2007 and June 2011.

The report appears in the July issue of the journal Global Public Health.

The study also calls for regular and long-term monitoring of all countries’ protection of health rights, whether or not such rights are written into specific country’s constitutions.

That’s because a constitutional definition of what health protection actually is varies widely between nations. Further, how such protections have been implemented varies widely, said the study’s first author, Dr. Jody Heymann, dean of the Fielding School of Public Health.

“With respect to specific rights to health, the status of the world’s constitutions can be described as either half empty or half full,” Heymann said. 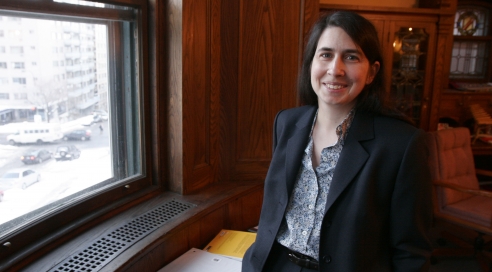 The latter is particularly true in the case of older constitutions that have not been significantly amended since constitutional rights to health became common, she noted.

“The global recognition of a right to health is a powerful step in guaranteeing health as a fundamental human right for all people,” said Heymann. “But it is important to ensure this moral right moves from the philosophical to the practical. That will require a kind of transparency and accountability where the public can readily access information on which countries are implementing these guarantees.

“The U.S. Supreme Court’s decision in June 2012 to uphold the Affordable Care Act was based on viewing the legislation as legal,” said Heymann. “While the acknowledgement that Congress can provide for health is a step in the right direction, it is a long way from a guaranteed constitutional right to public health and medical care. The U.S., unfortunately, lags far behind many of the world’s nations.”

Other authors of the study included Amy Raub of UCLA, and Adele Cassolab and Lipi Mishrab of McGill University in Canada. Funding was provided by the Canada Foundation for Innovation.