A Century of Bird Study in Northern Michigan

ANN ARBOR, Mich.— This year marks a full century that instructors at the University of Michigan Biological Station on Douglas Lake near Pellston have been teaching students about northern Michigan’s birds. The station was established in 1909, and two years later a course titled “The Natural History of Birds” first appeared in the summer bulletin.

According to the 1911 description: “Birds will be studied with especial reference to their environment. Field work will include identification, observations on habitat preferences, food habits, nesting activities and the early autumnal migration movements.” 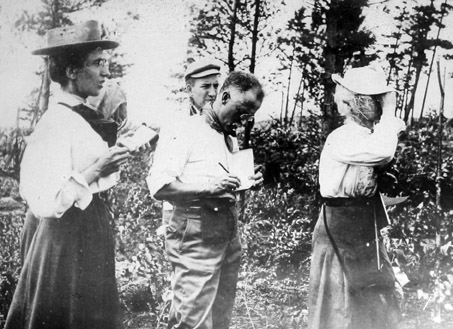 That same description could apply to the course today. Dave Ewert, who currently teaches Biology of Birds, described a typical class session: “We arrive at a site in early morning, take a field quiz, have breakfast, and then learn other species at the site.” The field quiz covers 10 birds, and students are expected to know them by voice and sight. Ewert noted that the field breakfast—eggs, bacon and cowboy coffee cooked over a fire—is a longstanding tradition started by professor Olin Sewall Pettingill, Jr., who taught at the station from the late ’30s to the mid-’70s. 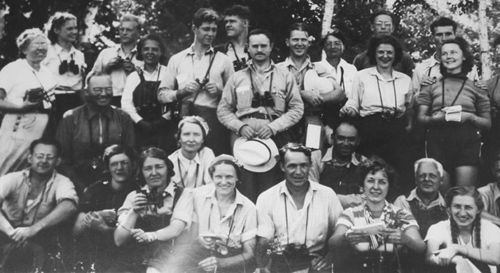 Back in the lab at the station, students examine collections of prepared bird skins (which retain the feathers, skull, legs and wings, but are not stuffed and posed), nests and eggs. The students also learn bird anatomy, basic physiology and behavior.

Francie Cuthbert, now a professor at the University of Minnesota, was a teaching assistant for the birds class starting in 1975 and later taught the course for UMBS. Now she oversees a regional research project on the Piping Plover, a small, sand-colored shorebird, from UMBS. 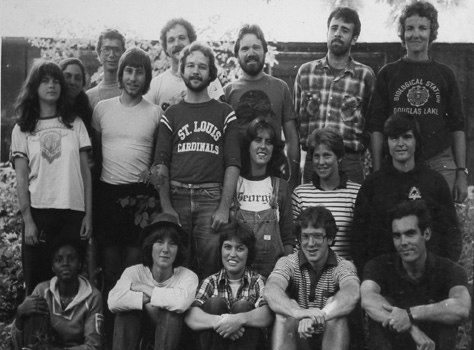 Cuthbert says that one aspect of the course has changed through the years: technology. Binoculars have been used for the full century to help students learn what birds look like. Learning what they sounded like, however, was a challenge in earlier days. Cuthbert explained: “In the 1980s the instructor used a handheld parabolic microphone to record singing birds in the field on a portable tape recorder. When song cassettes became available, we switched to using those. But there was no quick search function. That problem was solved when songs were commercially recorded on CDs. Now, the course instructor simply uses an iPod.” 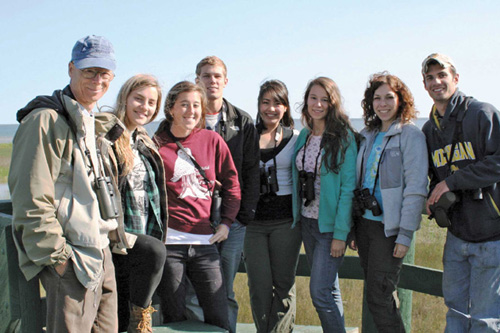 As for the birds themselves, different populations have increased, decreased and stayed constant as habitat has changed. In the book “The Changing Environment of Northern Michigan” (University of Michigan Press, 2010), a chapter co-authored by Cuthbert, Ted R. Anderson and Mary Whitmore notes, “The landscape of northern Michigan has undergone dramatic change during the past century. The bleak, scrubby landscape seen by the Biological Station’s first students has been replaced by extensive second-growth forests.” 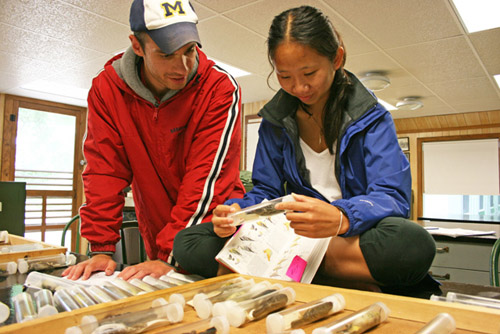 The whip-poor-will, common nighthawk and eastern towhee were commonly seen by classes in the early 20th century. These birds need open habitats like those that were common in northern Michigan after the logging and fires of the early 1900s. As the open land grew to forests, species like the common raven, the blue jay, the Baltimore oriole and the chickadee took over.