A Better Walk to a Brighter Future for Tanzania’s Youngest

In January, 60 young Tanzanian children began attending school for the first time, thanks to a project led by Michigan State University.

MSU and its partners in the Tanzanian Partnership Program built a new school on 100 acres donated by two village elders in a sub-village of Milola known as Ngwenya. Construction funds were provided by the TAG Philanthropic Foundation, based in New York.

Until now, the only option for 5 and 6 year olds to attend class was to walk 4 miles to school, constantly on the lookout for wildlife that could attack, said Diane Ruonavaara, program manager for TPP. But now those tired little legs can rest in their new close-by school.

“We’re helping communities to envision a better future,” she said. “As a partner with the communities, we support the development of their capacity and ability to move forward in their own vision.” 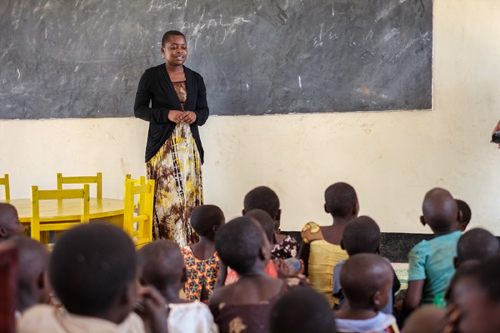 A teacher talks to her students in the new pre-primary school in Ngwenya, a sub-village of Milola. Photo by Gabrielle Kleber

Milola is a sprawling area that serves 6,000 households and nearly 23,000 people, where children face numerous obstacles that limit their access to education, including a lack of facilities, teachers and education materials. But with the support of the village and better access to education, Ngwenya’s youngest children will have a chance at a brighter future, Ruonavaara said.

In the coming year, TPP will install a rain water harvesting system at the school, which will provide clean water for drinking, cooking and washing.

MSU is partnering with Tanzania-based University of Dar es Salaam and the Aga Khan Foundation for the project, working side by side with the people of Milola and the northern village of Naitolia. In Naitolia, villagers will soon have access to clean water at the school and health center.

“We want to learn and contribute to the world new knowledge about the development process and help define the characteristics of resilient communities so that any organization, government or corporation interested in improving communities can do a better job with the investment of resources,” Ruonavaara said. 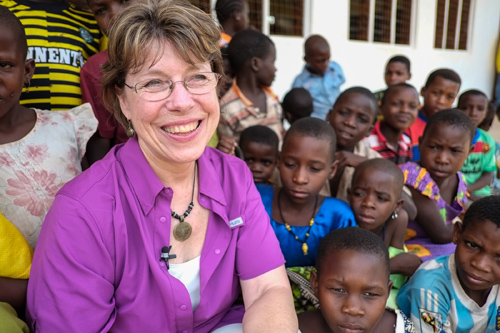 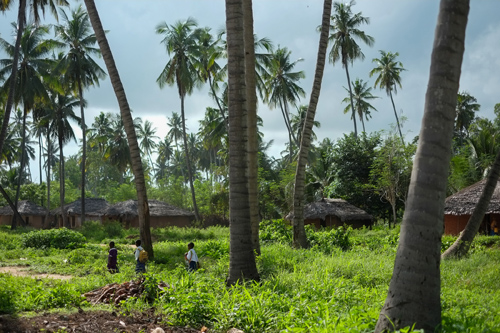 Until now, 5 and 6 year olds in Milola had to travel a potentially dangerous path to school, on the lookout for wildlife that could attack. Photo by Gabrielle Kleber

TPP, launched by ISP in 2008, is the first initiative of The Partnerships for Sustainable Community Development, a long-term collaborative alliance of local and international organizations dedicated to improving local livelihoods.

In addition to education, the focus areas of the program are water, community empowerment and human and animal health. Last year, TPP awarded 10 research grants in the areas of education, agriculture, animal health and natural resources management.

An MSU team is working with partners in Tanzania and with residents of the villages of Milola and Naitolia to improve access to education and to fresh water. A new preprimary school and water systems aim to bring academic and economic opportunities to the country. Visit https://report.president.msu.edu/360/ for a firsthand look at Spartan impact in locations from East Lansing to East Africa.

MSU’s work in Tanzania is featured in the MSU president’s report. For more information on this and other projects visit SPARTANS WILL. 360. 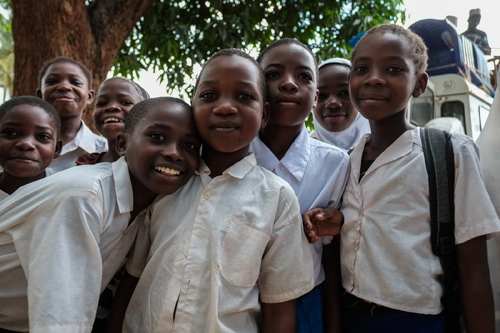 Kids in Milola are excited about their new school. Photo by Gabrielle Kleber