‘The History of Angels’

ANN ARBOR, Mich.— Angels are everywhere today—on lapel pins, magnetic dashboard figures, keepsake ornaments and in a Pulitzer Prize-winning play. But interest in angels is more than a contemporary fad. According to a University of Michigan historian, angels stirred intense interest in the early years of Christianity as well.

“Just as many people today think of pets as part of their families, many people in the first 500 years of Christianity were convinced that angels were part of their lives,” said Ellen Muehlberger, assistant professor of Near Eastern studies and history at the U-M College of Literature, Science, and the Arts.

Various types of angels are named, but not defined, in the Bible. Christians worked out what angels did and what they were during the fourth and fifth centuries, according to Muehlberger, who is writing a book on angels in late ancient times. An author living in Syria around the year 500 organized what little was known about angels into a “Celestial Hierarchy”: Seraphim, Cherubim, Thrones, Dominions, Virtues, Authorities, Principalities, Archangels and Angels. 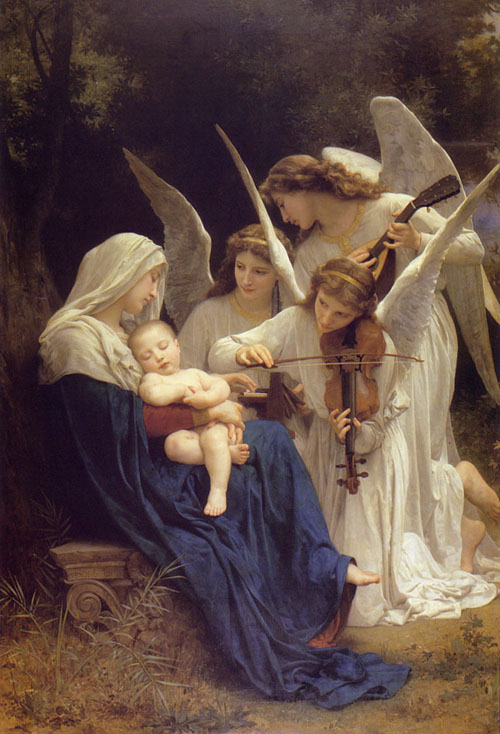 In late antiquity, the identity of angels was much broader than what it is now: some Christians spoke of Christ as an angel, or suggested that Christian ascetic monks who renounced family, food, drink and sex and lived out in the desert were really angels. But Muehlberger says when the Egyptian monks learned they were being considered angels, they emphatically rejected the idea.

“They said, ‘We act like animals, not angels,'” Muehlberger said.

The monastic emphasis on humility was in direct conflict with the reputation ascetics had as special, holy people, equal to the angels, she explains.

Exactly how angels looked and acted, and what humans could do to gain or lose their help was a frequent topic of debate, according to Muehlberger.

Most people did not envision angels looking the way we imagine them today—as beautiful winged creatures in diaphanous gowns.

“In antiquity, some Christians believed that angels were minds, or intellects, detached from bodies,” Muehlberger said. “In a way, angels were like computers—very, very good at figuring things out and getting things done because they had rational minds but did not have the difficulty of having desires and passions, like humanity.”

One of the most widespread modern notions about angels emerged in the late ancient era of Christianity that Muehlberger is studying. In those times, while some Christians assumed that guardian angels protected all human beings, others were convinced that angels were only given to those who had demonstrated their virtue. These were “companion angels,” and not everyone had one.

“Certain monks in late ancient Egypt didn’t believe that they were born with a guardian angel who watched over them throughout their lives. Instead, they expected to get a companion angel only as a reward for virtuous behavior,” Muehlberger said. “Your companion angel was an assistant who could help you fight off demons, and only arrived if you proved yourself worthy. But if you went away from the community, into the village, and engaged in ‘worldly’ activities, that companion angel might leave you.”

While non-Christians also believe in angels, Muehlberger says the belief is especially prevalent today in Christianity, especially in the United States.

“North American Christianity has always been innovative, adaptive and diverse,” she said. “I see the contemporary interest in angels as an example of this.”