John Wilkerson, University of Washington professor of political science, is the co-author with E. Scott Adler of the University of Colorado of a new book titled “Congress and the Politics of Problem Solving,” published in December by Cambridge University Press. Wilkerson answered a few questions about the book for UW Today.

Q: What is the central concept behind your new book?

A: We argue that members of Congress care about solving problems in society and that their electoral success partly depends upon their collective performance as a problem solving institution.

Q: You and your co-author state in press notes that your book “offers a glass half-full rather than a glass half-empty perspective on lawmaking.” Can you explain?

Understandably, the media, scholars and the public tend to be more attentive to political conflict (especially partisan conflict) than to political cooperation. Yet on most issues, including the most important issues, consensus and cooperation are the norm within Congress.

The New York Times just published an article titled “‘Politicians in Robes’? Not Exactly, But . . .” The gist of the article, and of a book that is cited, is that there is a correlation between who appoints a judge and the judge’s decisions. But how important is this correlation? The article doesn’t say, and quotes the authors as suggesting that it’s not really the driving force: They conclude that “federal judges are not just politicians in robes, though that is part of what they are.” 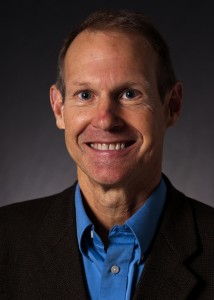 Congressional scholarship (and media attention) has gone off the deep end in this regard. There has been far too much attention to the issues that divide lawmakers, and too little attention to the things that bring them together.

Q: You argue that Congress has addressed many important problems despite the view taken by some in recent years of “congressional failure.” What would be an example of successful congressional action, and what insights does it provide about how Congress works?

Here’s one example: A few years ago, Congressman Henry Waxman wrote a very readable book, “The Waxman Report: How Congress Really Works.” In it he talked about how the Orphan Drug Act came into being.

This law was passed by Congress in the 1990s to address a very real problem for many Americans: Pharmaceuticals companies were not producing drugs proven to be effective because the number of people who benefited from the drugs was too small to be profitable. After learning about the problem, Congress held hearings to better understand it and explore potential solutions. The result was bipartisan legislation that significantly improved the lives of millions of Americans.

This is what Congress does on a day-to-day basis, primarily through its committee system. It may not make the headlines, but it is certainly important.

Q: You say your analysis has found that “changes in the partisan or ideological composition of Congress are not robust predictors of policy change; instead, internal and external crises are the primary drivers.” Can you explain and provide an example?

If one reads the academic literature (and perhaps media coverage as well), the clear impression one receives is that elections are the primary drivers of policy change. However, nearly all of this research focuses on a very small number of “major” legislative enactments (perhaps one to three per congressional term).

Q: You note that the “problem-solving perspective” in your book helps explain how lawmakers are able to overcome sharp differences and find common ground. Can you elaborate? And does this perspective lead to any policy or legislative recommendations?

Many of the laws passed by Congress are temporary. If lawmakers want these programs to continue, they “must” act to renew them. Reauthorizations therefore serve as policy focal points, where programs are regularly re-eevaluated and adjusted. A permanent law is much less likely to receive the same scrutiny because there is less reason for it to be high on Congress’ priority list. 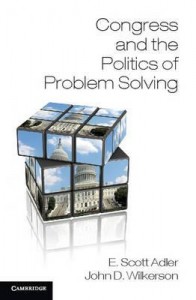 “Congress and the Politics of Problem Solving,” by John Wilkerson and E. Scott Adler, was published by Cambridge University Press. Image credit: University of Washington

An expiring law does not necessarily lead to significant reform. Sometimes Congress just extends them because there is little need for reform. At other times, Congress extends because partisan differences inhibit substantive progress. But often these manufactured crises do serve as the catalysts for significant policy changes.

Recommendations? Our book is speaking to an external audience — those outside of Congress. Our hope is that observers of Congress will better appreciate what Congress does and how it does it. And I suppose that we do believe that greater public understanding could lead to better policymaking.

For many citizens, compromise seems to be a dirty word. At the same time, every lawmaker appreciates that compromise is essential in an institution of 538 lawmakers.

Perhaps the biggest challenge facing Congress is balancing members’ electoral incentives to stand for principle, and their desire to make real progress on the issues that matter to the American public.