Innovations by a team of Yale University researchers could lead to improvements in basic solar power technology that result in lower-cost, higher-efficiency photovoltaic systems.

Photovoltaics (PV) directly convert sunlight into electricity. PV systems can be arrayed on rooftops to generate electricity for entire buildings, among other uses. Less expensive, more efficient systems could encourage broader use of this clean energy technology. 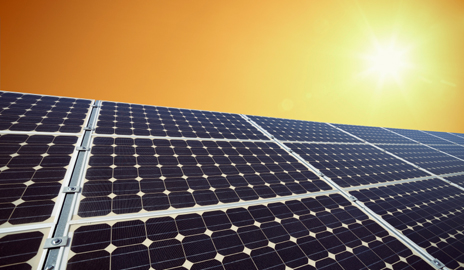 The Yale team, which includes both engineers and applied physicists, has developed a new way of guiding and channeling electrons within hybrid organic-inorganic PV devices by better controlling the structure and alignment of the materials in the system. This improves efficiency by maximizing the amount of light that is successfully converted into electricity. 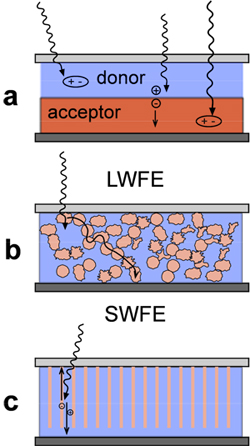 Innovations by a team of Yale University researchers could lead to improvements in basic solar power technology that result in lower-cost, higher-efficiency photovoltaic systems. The team has developed a new way of channeling electrons within hybrid organic-inorganic PV devices that maximizes the amount of light successfully converted into electricity. Image credit: Yale University

“The key here is controlling the structure of the system on multiple levels, or length scales, and doing it in a manner that is conducive to fabrication of devices over large areas,” said Chinedum O. Osuji, a Yale engineering professor and a principal investigator behind research recently published online in the journal Advanced Materials. Lisa D. Pfefferle and Andre D. Taylor of Yale’s Department of Chemical and Environmental Engineering and Sohrab Ismail-Beigi of the Department of Applied Physics also served as principal investigators.

In their current form, hybrid organic-inorganic PV devices convert only a small fraction of light into energy. This is largely due to the poorly ordered structure of the active materials now used, resulting in a convoluted path for the flow of electrons. The Yale team has devised ways of more efficiently channeling the electrons through the system, involving aligned arrays of polymer-coated nanowires that can act as the active material for a solar cell. The application of magnetic fields aligns the nanowires, creating more direct pathways for charge transport in the device.

Support for the research was provided by the National Science Foundation.