Women suffering from sleep apnea have, on the whole, a higher degree of brain damage than men with the disorder, according to a first-of-its-kind study conducted by researchers at the UCLA School of Nursing. The findings are reported in the December issue of the peer-reviewed journal SLEEP.

Obstructive sleep apnea is a serious disorder that occurs when a person’s breathing is repeatedly interrupted during sleep, sometimes hundreds of times. Each time, the oxygen level in the blood drops, eventually resulting in damage to many cells in the body. If left untreated, it can lead to high blood pressure, stroke, heart failure, diabetes, depression and other serious health problems.

Approximately 10 years ago, this UCLA research team was the first to show that men with obstructive sleep apnea have damage to their brain cells.

For this latest, multi-year study, “Sex Differences in White Matter Alterations Accompanying Obstructive Sleep Apnea,” the researchers looked at patients who were diagnosed with obstructive sleep apnea at the UCLA Sleep Laboratory. They compared the nerve fibers in these patients’ brains — known as white matter — to fibers of individuals without sleep problems and focused on unearthing the difference in brain damage between men and women with sleep apnea.

“While there are a great many brain studies done on sleep apnea and the impact on one’s health, they have typically focused on men or combined groups of men and women, but we know that obstructive sleep apnea affects women very differently than men,” said chief investigator Paul Macey, assistant professor and associate dean of information technology and innovations at the UCLA School of Nursing. “This study revealed that, in fact, women are more affected by sleep apnea than are men and that women with obstructive sleep apnea have more severe brain damage than men suffering from a similar condition.” 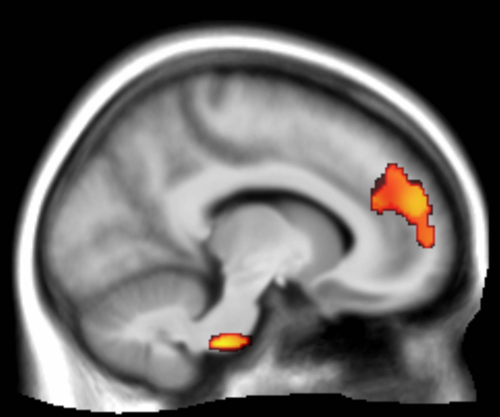 Sleep apnea and women. Images shows areas of the brain in which women with sleep apnea are particularly impacted. Image courtesy of UCLA

In particular, the study found that women were impacted in the cingulum bundle and the anterior cingulate cortex, areas in the front of the brain involved in decision-making and mood regulation. The women with sleep apnea also showed higher levels of depression and anxiety symptoms, the researchers said. 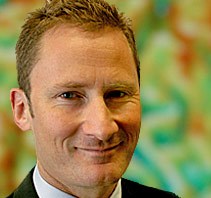 “This tells us that doctors should consider that the sleep disorder may be more problematic and therefore need earlier treatment in women than men,” Macey said.

With this finding as a foundation, Macey said that the next step is for researchers to “untangle the timing of the brain changes” and find out if treating sleep apnea can help the brain.

Co-investigators on the study included Rajesh Kumar, Ronald Harper and Dr. Frisca Yan-Go of UCLA’s Brain Research Institute and the departments of neurobiology and neurology at the David Geffen School of Medicine at UCLA, and Mary Woo of the UCLA School of Nursing. All of the work for the study was performed at UCLA, with financial support provided by a grant from the National Institute of Nursing Research.