Why you may be prone to hiring a liar, and not even know it

We say we don’t like liars. But when it comes time to negotiating a big sale, it turns out we tolerate people stretching the truth—and even expect it.

New research from the University of Chicago Booth School of Business finds that the ability to deceive is viewed as a sign of competence in jobs that require selling.

In the study, Chicago Booth’s Emma Levine and Johns Hopkins University’s Brian Gunia find that people don’t always disapprove of deception. In fact, they perceive the ability to deceive as an asset in occupations that are stereotyped as high in “selling orientation.”

“Deception, in the form of fraud, embezzling and corruption, costs the economy a great deal of money and undermines the economy’s underlying moral fabric,” Levine and Gunia explain. “Companies expose themselves to greater risk by hiring deceivers.” 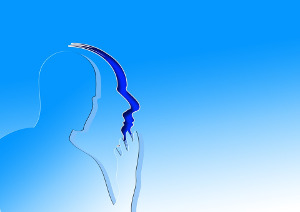 The researchers then ran experiments in which participants observed individuals lying or acting honestly in a variety of circumstances (for example, when reporting their expenses after a business trip or when completing an economic game in the laboratory). Finally, participants judged how successful and competent a liar or honest individual would be in occupations that were high or low in selling orientation—and, in two of the studies, whether to hire them into those occupations.

Indeed, when participants had the opportunity to hire individuals to complete selling-oriented tasks, they were more likely to hire deceivers for these tasks, even when their own money was on the line.

“We found that people don’t always disapprove of liars,” said Levine, an assistant professor of behavioral science who studies the psychology of altruism, trust and ethical dilemmas. “Instead, they think liars are likely to be successful in certain occupations—those that do a lot of high-pressure selling.”

The findings, published in journal Organizational Behavior and Human Decision Processes, may help to explain why deception persists in certain occupations: because hiring managers and other organizational actors see deceivers as more competent for high-pressure sales roles, and hire them at an elevated rate, the researchers find.

High-pressure selling occupations, which include investment bankers and advertisers, are some of society’s highest-status and highest-paid occupations, so prospective employees and employers should worry “if deception is a prerequisite for employees to get hired and rewarded,” Levine said.

Organizations intent on reducing deception should avoid framing occupational tasks as requiring high-pressure sales tactics to succeed, according to the study. Instead, they would do well to align their job requirements with a customer-oriented approach to selling that emphasizes how the employee can help fulfill a client’s long-term interests. Such a shift could reduce hiring managers’ tendencies to see deceivers as competent and reduce the temptation to recruit deceivers into key roles.

“Armed with the knowledge that deception is perceived to signal competence in high-pressure sales occupations,” the researchers write, “companies may want to explicitly deem deception as incompetent.”