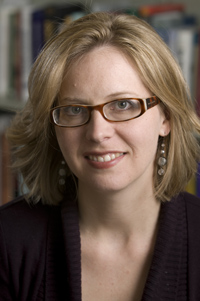 EAST LANSING, Mich. — Researchers have long argued that marriage generally reduces illegal and aggressive behaviors in men. It remained unclear, however, if that association was a function of matrimony itself or whether less “antisocial” men were simply more likely to get married.

The answer, according to a new study led by a Michigan State University behavior geneticist, appears to be both.

In the December issue of the Archives of General Psychiatry, S. Alexandra Burt and colleagues found that less antisocial men were more likely to get married. Once they were wed, however, the marriage itself appeared to further inhibit antisocial behavior.

“Our results indicate that the reduced rate of antisocial behavior in married men is more complicated than we previously thought,” said Burt, associate professor of psychology. “Marriage is generally good for men, at least in terms of reducing antisocial behavior, but the data also indicate that it’s not random who enters into the state of marriage.”

The study is the first to investigate the effects of marriage on antisocial behavior using a genetically informative twin sample to rule out the effects of genes on these associations. The researchers examined the data of 289 pairs of male twins. The twins were assessed four times, at ages 17, 20, 24 and 29.

Burt said her finding may differ from past studies because marital rates have declined significantly in recent years, whereas marriage was more of the norm in the 1950s, meaning selection likely wasn’t much of a factor.