When it Comes to Smartphone Lifespan, Brand Name Matters More than Hardware

The environmental costs of smartphones are often exacerbated by the relatively short lifespans of these globally ubiquitous devices. When it comes to extending the lifespan of these products, brand name might be more important than repairability, a Yale-led study finds.

Many critics have denounced smartphone manufacturers in recent years for producing devices that quickly become outdated, creating a “planned obsolescence” that is costly for consumers and the planet. 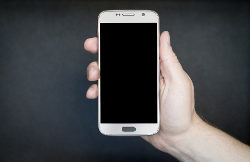 Yet while many consumers clamor for increased “repairability” — and thus longer lifespans — for these devices, a new Yale-led study finds that there is a more important factor in determining how long smartphones remain in use: Brand cachet.

In an analysis of roughly 500,000 listings of secondhand Apple and Samsung phones sold on eBay, researchers found that brand, an intangible property, is more important than repairability or memory size in extending the life of a product.

Writing in the Journal of Industrial Ecology, they conclude that Apple’s iPhones on average have an additional year of use even though the two brands are comparable in quality and technological innovation.

“I know that people bash the phone companies for ‘planned obsolescence’ of their products, but in most cases phones are replaced when they are still working fine, so improving repairability won’t necessarily help much. ” said Tamar Makov, a doctoral student at the Yale School of Forestry & Environmental Studies (F&ES). “Perhaps we should be focused on what really makes us replace phones so quickly, or we should be angry at manufacturers for making really good commercials. But it’s likely that the problem is not the hardware.”

The findings, she said, illustrate the potential of utilizing such intangible properties to promote sustainable consumption of these and other popular consumer goods.

The paper was co-authored by Marian Chertow, associate professor of industrial environmental management at F&ES, Tomer Fishman, a postdoctoral associate at F&ES, and Vered Blass of Tel Aviv University.

With penetration rates of almost 90 percent in the world’s developed countries, mobile phones present a critical challenge in terms of environmental sustainability. Smartphones can contain as many as 50 different elements, including minerals linked to civil unrest, rare earth metals whose availabilities are dwindling, and various toxic materials that can degrade the natural world and threaten public health.

These environmental costs are exacerbated by the relatively short lifespans of most smartphones. According to recent estimates the use phase of the average phone is less than two years.

In recent years, a growing secondhand market for used smartphones has extended the average lifespan of these devices. But just how much longer, the researchers say, depends on the name on the phone.

For their study, they examined the resale performance of the two largest manufacturers of smartphones in the U.S. — Apple and Samsung — which combined command about 70 percent of the smartphone market. They each produce both phone models that are relatively easy to repair and harder to repair. And while the products are similar enough that the two manufacturers are engaged in an ongoing patent infringement lawsuit, Apple ranks higher in terms of brand equity. While Apple typically is ranked at the top of the world’s most valuable brands, Samsung usually falls below the top 10.

For their comparison, they extracted resale prices and detailed device information for nearly a half-million Apple and Samsung phones listed on eBay, and then calculated the percentage of overall value each device had lost by the time it was resold based on its original retail price.

After evaluating depreciation rates based on a range of variables — including repairability, battery size, data capacity, and screen size — they found that Samsung smartphones lost their value faster and reached the end of their “economic” life after 54 ½ months, while Apple phones reach it after about 67 months, a difference of about one year.

In other words, Apple phones had longer lifespans even if they were the same age, size, and functional capability.

“It’s not that technical specifications don’t matter,” Makov said. “But no matter what combination of specs were included in our analysis, brand name had a substantial impact.”

“Some phones last longer, and it’s not just because they’re repairable or more functionally durable,” she added. “It’s also the psychological aspects that make them more durable. That’s important to remember.”