What values are important to scientists?

While many people marked Feb. 14 by scrutinizing the virtues of their Valentines, MSU revealed a first-of-its-kind study on the virtues and values of scientists.

The study, presented at the meeting of the American Association for the Advancement of Science in Washington, D.C., surveyed nearly 500 astronomers, biologists, chemists, physicists and earth scientists to identify the core traits of exemplary scientists.

The subjects selected were scientists who had been honored by their respective national organization or society, and the results show that above all, these researchers hold honesty and curiosity in the highest regard, said Robert Pennock, a professor in MSU’s Lyman Briggs College and leader of the study.

“If you’re not curious, you’re probably not a real scientist,” he said. “The goal that you have is to find out something true about the world, regardless of what your preferred hypothesis might be. Your real drive is to find what is revealed by the data. This is absolutely essential in being a scientist.”

If someone is dishonest and going to the extreme of faking data, that person is not really a scientist in the true sense, Pennock added. 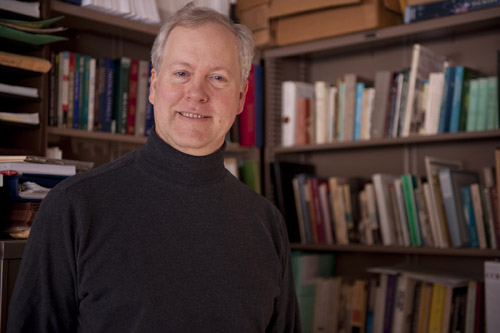 If you’re not curious, you’re probably not a real scientist, says study led by Robert Pennock. Photo by Kurt Stepnitz

Those surveyed, using a scale from zero to ten, were asked to rate attentiveness, collaborative, courage, curiosity, honesty, humility to evidence, meticulousness, objectivity, perseverance and skepticism with regard to their importance for scientific research.

Once they scored each trait, the scientists were asked how each characteristic is or isn’t expressed in science. The subjects also were asked to identify the three most-important virtues.

The study revealed a tacit moral code in scientific culture – one that most researchers hope to be able to pass on to their students, Pennock said.

“The results will have some implications for teaching science,” said Pennock, who conducted the study with Jon Miller of the University of Michigan. “Our teaching shouldn’t stop with the content or science processes. Cultivating the values – like honesty and curiosity – that underlie science should be a part of science education.”

Underscoring the importance of instilling desirable traits in the next generation of scientists, the study tackled how exemplary scientists preserve and transmit these values to their students.

A whopping 94 percent of scientists believe scientific values and virtues can be learned. The number dropped a bit, though, when asked if these traits are actually being transmitted to current graduate students.

“It’s encouraging that 4 out of 5 scientists believe that their values are being embraced by the next generation of students,” Pennock said. “However, it’s somewhat troubling that 22 percent of the scientists surveyed see these valued traits eroding a bit.”

With stories of falsified results making headlines, it’s known that some scientists not only fail to achieve these ideals but directly violate them.

Science is a truth-seeking enterprise. Based on this study, researchers violating this unwritten code of conduct may not be scientists in the truest sense, Pennock said.

“Researchers who commit such misconduct are not merely violating some regulatory requirements, but they also are violating – in a deep way – what it means to be a scientist,” he said.

This research was funded by the John Templeton Foundation and the National Science Foundation.