What does it mean to be moved by love?

Researchers from UCLA and the University of Oslo have documented a complex but universally felt emotion they call kama muta — a Sanskrit term that means “moved by love.”

For the past five years they have documented the physical sensations people report when they feel kama muta, and what kind of events, images and experiences bring it about.

For the research, which was published in the journal Emotion, the authors studied 3,543 participants in 19 countries on five continents. Their observations suggest that kama muta is a distinct positive social emotion evoked by experiencing or observing a sudden intensification of communality. 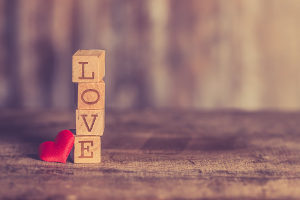 The emotion is typically accompanied by moist eyes or tears, chills or goosebumps, a warm feeling in the body, a feeling of exhilaration and a motivation to help or share — sensations that in common English might be labeled as moving, touching or heartwarming. Reactions to stimuli that inspire feelings of patriotism, acts of heroism or the shared joy of a sports team all fall in the realm of kama muta.

“Ultimately, we hope to find ways for kama muta to connect people across political divides; we’d like to make the world more peaceful and connected,” said Alan Fiske, a UCLA professor of anthropology and one of the report’s co-authors. “We hope to find out how kama muta may motivate people to come together to effectively care for refugees, the hungry and the poor. We are merely scholars, but we hope to discover how kama muta may move the world toward compassion. “

The study found that experiences with kama muta were largely consistent across cultures, although there were variations in how strongly people felt the five elements of the emotion: appraisal (sudden intensification of communal sharing), evaluation of the feeling state (almost always positive), physical sensations (tears, chills, a feeling of warmth in the chest, goosebumps), motivation (the desire to share or help others) and language (how people describe what they feel).

In the other portion, other participants were shown a series of short videos that evoke kama muta — among them were scenes of a man performing an altruistic deed for other people and of childhood friends from India and Pakistan reuniting after decades apart. As a control, participants also were shown videos meant to elicit amusement, awe or sadness.

Researchers created a Kama Muta Multiplex Scale to measure participants’ reactions according to each of the five elements of kama muta.

“The key element of kama muta is a sudden intensification of a communal–sharing experience,” Fiske said. “I love my grandson all the time, but in that moment where he comes to me and takes my hand and invites me to go for a walk, that simple gesture might bring me to tears. That’s kama muta.”

The same researchers also studied kama muta in relation to the fractious dialogue and divisive rhetoric of the 2016 U.S. presidential campaign.

That study, published in March in the journal Cognition and Emotion, found that even in the highly charged atmosphere of the election, candidates Hillary Clinton and Donald Trump still created advertising that moved viewers to tears — just mostly along partisan lines.

In the last two weeks of the campaign, the researchers asked voters to view four ads — two from each candidate — that had been described in social media as “touching” or “moving.”

Participants tended to feel moved by the ads of the candidate who they supported prior to the study; some reported being moved by both. The research also showed that, thanks to the feeling state the advertisement evoked, respondents were inclined to vote, try to convince others to vote or take another action in support of their preferred candidate.

The researchers repeated the experiment just three days before the election, and observed similar results.

Seibt, the study’s lead author, said although the candidates’ advertising agencies probably wouldn’t have used the phrase “kama muta” in describing their work, it’s clear they were tapping into that emotion. And it largely worked.

The researchers may replicate the study during the runup to the 2018 midterm elections if there are ads that seem to elicit kama muta. They are also interested in learning whether kama muta can motivate people to act on the issue of climate change.

“We believe our data in this study reveals compassion on both the conservative and the liberal side; they are just evoked in the ads by different topics and toward different groups,” Seibt said. “It shows that both sides ultimately long for social solidarity and a warm and caring society.”

Fiske teaches courses on kama muta at UCLA and is writing a book about the subject. The team maintains a website that provides links to new projects, past findings and videos that inspire the emotion.

Fiske said the implications of understanding kama muta and the role it plays in society could be vast.

“We are profoundly devoted to discovering how kama muta can unite people across the many boundaries that divide them,” he said. “We see this potential in ethnographies and personal accounts of connection with literature or music, pilgrimage and compassionate responses to disasters. The worldwide responses to 9/11, the Charlie Hebdo and Bataclan attacks, the 2008 Sichuan earthquake and other disasters show how deeply kama muta can unite everyone.”