During early development in humans and other multicellular organisms, immature cells need to talk to each other to make critical decisions about what types of cells they should become, as well as when and where to become those cell types.

A signaling system known as Notch allows these cells to communicate directly with one another and thereby develop into the cells that make up the brain, blood, muscles and organs and nearly every other cell type in the body.

Now, researchers from UCLA’s Jonsson Comprehensive Cancer Center show for the first time that the mechanical force produced by cell–cell interactions is critical for programming by the Notch signaling system.

It had been speculated that interacting cells undergoing Notch signaling pull on each other to unlock and activate the Notch system. The UCLA scientists confirmed this, and they detail how the process unfolds. Their research could result in potential new targets for therapeutics for cancer and other disorders, said Gerry Weinmaster, a professor of biological chemistry and a researcher with the Jonsson Cancer Center.

The findings are outlined in two companion papers that appear May 31 in the early online edition of the peer-reviewed journal Developmental Cell.

“Our findings used optical tweezers as a novel tool to detect and measure mechanical force produced by cells when bound to Notch,” said Weinmaster, co-senior author of both studies, who has been studying Notch signaling for more than 20 years. “Together with biochemical and cell biological analyses, our findings provide compelling evidence that pulling on Notch opens a network to deliver information that instructs specific cellular responses.”

In its normal state, Notch is folded in an inactive form that protects its proteolytic cleavage, or cutting site, which, once exposed, activates signaling in cells. Weinmaster likened the mechanical force required to unfold and activate Notch to the force needed to pull a pin from a grenade to produce an explosion.

During cell–cell interaction, one of the cells, known as the ligand cell, uses mechanical force to pull the “pin” from the Notch “grenade” present on the other interacting cell, and this results in an explosion of sorts that sets off cellular programming by Notch. 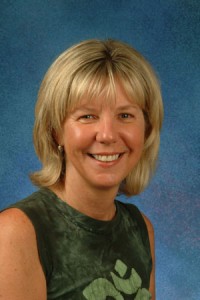 Weinmaster and her team wanted to obtain evidence that ligand cells actually produce this pulling force during their interactions with Notch cells, so they contacted Elliot Botvinick, an assistant professor of biomedical engineering at UC Irvine, who is an expert in optical tweezers, a scientific instrument that uses a highly focused laser beam to detect and measure mechanical forces.

“To detect the pulling force, I recommended that we replace the Notch cell with a Notch bead that could be laser-trapped and held just-in-contact with the ligand cell,” said Botvinick, co-senior author of the studies. “If the cell produced mechanical force, it would displace the bead from the trap, allowing the exact magnitude of the pulling force to be measured.”

Botvinick determined that ligand cells could physically pull the Notch-bead from the center of the trap.

The studies also shed light on a new role for endocytosis — a process by which cells absorb molecules by engulfing — in activating signaling in cells that is unique to Notch, said Laurence Meloty-Kapella, a postdoctoral researcher at UCLA and first author of one of the studies.

“Our studies provide compelling evidence that ligand endocytosis produces force to pull on Notch and identifies a new role for endocytosis in activation of a signaling system,” Meloty-Kapella said.

Going forward, Weinmaster and her team will use cutting-edge biophysical approaches to clearly understand how pulling force is used to activate Notch, both in human development and disease. This research is essential for the design of potential therapeutics for numerous Notch-related diseases, particularly cancer.

“We conclude that the primary role of ligand endocytosis is to generate mechanical force to activate Notch signaling,” the study states. “Future studies to quantify the force required to dissociate Notch, as well as directly demonstrate mechanical force applied to Notch activates signaling, will extend our findings and further test the pulling-force model.”