War’s Lasting Legacy is a Culture of Violence

The civil wars in Sierra Leone and Liberia ended 10 years ago but these West African nations continue to struggle, partly because the wars created an economy based on warfare. Young men and boys recruited into militia movements during wartime turned to other violent jobs – in diamond mines, on rubber plantations and in other unregulated industries – after the wars ended.

Violence becomes a way to earn a living for these young men and they can’t give it up, according to a new book by Daniel Hoffman, a UW associate professor of anthropology. He has studied young men and violence in Sierra Leone and Liberia for about a decade.

“These are not economies that have recovered from war, the people living there have a precarious existence,” he said. 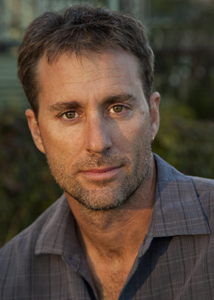 Daniel Hoffman, author of "The War Machines," is a UW associate professor of anthropology. Image credit: University of Washington.

Hoffman says the persistent violence and slow economic recovery in Sierra Leone and Liberia hint at the future for other war-torn regions of the world, including Iraq and Afghanistan. He describes this more in a video that features photos from the book.

In “The War Machines,” Hoffman chronicles the lives of the young fighters in the grassroots militia movements that arose during the civil wars in Sierra Leone and Liberia. He finds that although the movements began as community defense organizations to protect citizens, they actually morphed into other organizations capable of perpetuating violence following the wars’ end.

Hoffman, formerly a photojournalist, traveled with the militias and interviewed more than 100 fighters and spoke with many more. His book includes more than 50 photos that he took while he was with the fighters.

“The War Machines: Young Men and Violence in Sierra Leone and Liberia” was published this fall by Duke University Press.

See photos and hear Hoffman describe “The War Machines” in this YouTube video.