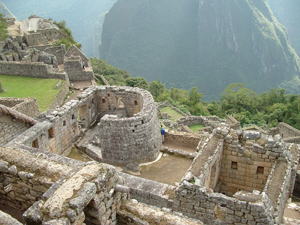 Machu Picchu Temple of the Sun (also named "the watch tower"). The stones of its dry-stone walls built by the Incas can move slightly and resettle without the walls collapsing. Image credit: Fabricio Guzmán. Source: Wikipedia

The UNESCO World Heritage program aims to protect cultural and natural sites considered important to the common heritage of humanity. However, many of these sites are now threatened by excessive tourism, according to Christina Cameron, professor at the Université de Montréal School of Architecture and holder of the Canada Research Chair on Built Heritage.

A case in point is Machu Picchu in Peru. “This site should receive no more than 2,000 visitors per day, but it currently welcomes twice as many,” says Cameron, who sounded the alarm while speaking as a panelist at a celebration commemorating 25 years of Old Québec being such a site.

“The UNESCO World Heritage convention was established in a spirit of solidarity and international cooperation in order to share best practices for conservation,” says Cameron. “It was the post-war era and people were seeking for a way to bring together members of the international community. Tourism was never an objective of the convention. In fact, these sites were meant to be protected from it.”

In some cases, these sites are used to brand certain destinations. Certain travel agencies even list the top 10 must-see world heritage sites! In the case of Machu Picchu, it now serves as a source of revenue for the Peruvian government, which has no control over how the site is exploited. 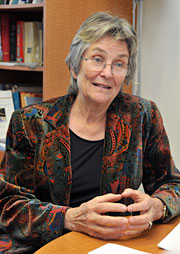 The Chinese government invested $100 million to promote the nomination of Mount Danxia, a magnificent landscape formed of reddish sandstone. “This is scandalous,” says Cameron. “Such investment can’t be motivated by future returns on investment.”

In her opinion, if a site generates revenue it should be reinvested in the preservation of the site, which surprisingly is rarely the case. In addition, States should adequately manage visitors and impose quotas if necessary.

“We must avoid isolating architectural monuments and landscapes from their cultural and historical heritage and integrate them in the community by safeguarding traditional trades and by using local resources,” says Cameron. “This would help spread tourists over a larger area while diminishing the pressure on the actual sites. We know the principles of conservation. The problem lies in their application.”