U.S. Workers Are ‘Giving Away The Store,’ Costing Firms Billions

EAST LANSING, Mich. — Nearly 70 percent of the nation’s service employees give away free goods and services – from hamburgers to cable TV – costing companies billions of dollars a year, according to a groundbreaking study.

Clay Voorhees, study co-author and marketing expert at Michigan State University, said one of the best ways to combat this illegal practice – called “sweethearting” – is through better screening of job candidates. 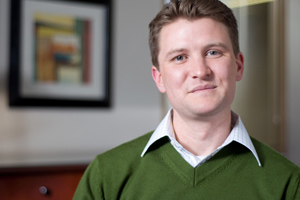 “Our results show that by adding a few screening questions that focus on the potential employee’s risk-taking, ethics and need for social acceptance, employers could identify ‘bad apples’ up front and simply avoid hiring them,” Voorhees said. “In the long run, this approach would address the issue.”

In the short term, Voorhees said, education and training are needed about the ramifications of sweethearting and how it damages a firm. “Simply reminding individuals of their ethical obligations can greatly reduce deviant behavior,” he said.

The study, which will appear in an upcoming issue of the Journal of Marketing, is the first to look at sweethearting specifically. Voorhees, assistant professor of marketing, co-authored the study with Michael Brady and Michael Brusco of Florida State University.

In the United States, employee theft costs firms about $200 billion a year – 40 percent of which stems from sweethearting, according to previous research.

Some 67 percent of respondents said they had participated in sweethearting in the past two months. Many employees surveyed said they were motivated by the prospect of receiving better tips and similar sweetheart deals at the customer’s place of business (“tit-for-tat”).