Findings shed light on how hearing happens at the molecular level

We hear sounds in part because tiny filaments inside our inner ears help convert voices, music and noises into electrical signals that are sent to our brains for processing. Now, scientists have mapped and simulated those filaments at the atomic level, a discovery that shed lights on how the inner ear works and that could help researchers learn more about how and why people lose the ability to hear.

The findings, published last week in the Proceedings of the National Academy of Sciences, involve very fine filaments in the inner ear called tip links. When sound vibrations reach the inner ear, the vibrations cause those tip links to stretch and open ion channels of sensory cells within the inner-ear cochlea, a tiny snail-shaped organ that allows our brains to sense sound. When tip links open those channels, that act triggers the cochlear electrical signals that we interpret as sound. 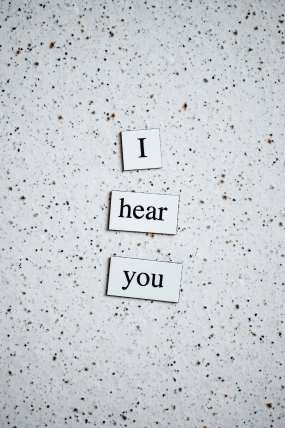 Tip links are crucial to hearing; their malfunction causes hearing loss and balance disorders. Tip links are made of proteins — cadherin-23 and protocadherin-15 — that scientists have learned are involved in inherited deafness. Scientists knew that tip links were important to hearing and balance, but until this study, did not know how tip links were structured at the atomic level.

Essentially, said Marcos Sotomayor, associate professor of chemistry and biochemistry at The Ohio State University and lead author of the study, scientists previously had low-resolution images of tip links. This work gave them high-resolution images — and showed a key connection between the two proteins that form tip links.

“Now, we can see down to the atom, and we can create physics-based movies of how these tip links respond to sound-generated forces,” Sotomayor said. “That can tell us a great deal more about how these work and what happens when they stop working.”

The researchers isolated parts of the tip-link proteins and used X-ray crystallography — a method that allows scientists to obtain atomic-resolution structures of biomolecules — to build atomic models of the complete tip-link part made of the protocadherin-15 protein, and of its connection to cadherin-23.

Work on these proteins started more than a decade ago when Sotomayor obtained the first structures of the tips of cadherin-23 and protocadherin-15 and discovered that these proteins interact using an extended molecular “handshake.” In the study published last week, researchers showed that connection uses two molecular “handshakes” that strengthen the filament. These “handshakes” are thought to be essential for hearing and balance in inner ears of all vertebrates.

The researchers used atomic models to conduct computer simulations of tip links to see them in action.

“These are the most complete and advanced molecular models and simulations of the tip link to date and required the use of massive computational resources,” Sotomayor said.

The simulations, performed on supercomputers from the Ohio Supercomputer Center, the Texas Advanced Computing Center and the Pittsburgh Supercomputing Center, used up to a thousand computing cores working in parallel for months. Those simulations revealed the complex dynamics of tip links when responding to sound. The simulation trajectories, similar to molecular “movies,” highlight conditions in which tip links can behave as soft springs or stiff cables pulling on the ion channels that allow us to hear.

“The structures also reveal tip-link sites that are mutated in inherited deafness,” Sotomayor said. “So we can try to understand what is happening with the tip links when you have these sites modified by mutations, not only by looking at the static structures but also at the simulated trajectories of tip links responding to sound.”

All the parts of our ears are designed to transform sound waves into electrical signals for our brains to process. Sound first reaches the outer ear and then travels to the middle ear, where it hits the tympanic membrane that causes bones inside the middle ear to move. That movement causes the sound vibrations to continue into the inner ear, where, eventually, the vibrations reach the cochlea to become electrical signals for the brain. The process happens fast, in a few millionths of a second, but if any part of the system fails, the sound signal either becomes muddled or does not reach the brain at all.

Tip links are some of the smallest parts of an already tiny and complex system. They are attached to the tops of microscopic hairs that are much smaller than the hairs on your head or the fine hairs inside our ears that start to become visible in the mirror with age. The microscopic hairs in the inner-ear cochlea are located atop sensory cells called “hair cells” and are positioned in a bundle that moves with sound vibrations. The force of the hair-cell bundle movement causes the tip links to open very small channels that let positively charged ions move from outside the cell to inside the cell, creating the basis for the electrical signals that will move from the cochlea to the human brain.

Similar hair cells are located in the inner-ear vestibular system in charge of our sense of balance. When we move our heads, vestibular hair-cell bundles shear and stretch their tip links to trigger electrical signals that the brain uses to maintain our balance and gaze.

“If you don’t have the tip link, you can’t hear, and you can’t balance,” Sotomayor said. “They are essential.”

This new understanding of the atomic structure of tip-link proteins, Sotomayor said, could help researchers and doctors understand more about why tip links fail — and, potentially, how to prevent failure. The two proteins that form tip links, cadherin-23 and protocadherin-15, are also found in the brain and in eye photoreceptors. When these proteins are completely non-functional, profound deafness is accompanied by progressive blindness in a disease called Usher syndrome. The new structures of protocadherin-15 are guiding the efforts of various research groups trying to use engineered versions of this protein for Usher syndrome gene therapy.

This work was supported by grants from the National Institute on Deafness and Other Communication Disorders, by the Ohio Supercomputer Center, by the National Science Foundation through the Extreme Science and Engineering Discovery Environment, and by the Advanced Photon Source at Argonne National Laboratories.